Utah’s first place dairy foods team from the Emery High FFA Chapter gave a demonstration to the Emery School Board during its meeting last week, showcasing one of the areas of competition they had took part in at state. The students passed out three small samples of milk and a rating sheet, asking the audience to determine the fat content of the samples. Following the demonstration, the team also requested permission to travel to the National FFA Convention for competition in Indianapolis, Indiana in October. The team members are Ethan Staples, Korby Christiansen, BreAnn Benson and Josie Gilbert. The board granted permission for out-of-state travel and congratulated the team on its accomplishments. Instructor Justin Thornley reported that the team will be hosting fundraisers to help with expenses for the trip.

The regular meeting was closed and a public hearing to review the proposed final budget for fiscal year 2019 and proposed original budget for 2020 was opened. Business administrator Jared Black explained the budgets to those in attendance. He stated that the tax rate remains the same, though there is a 4% increase in WPUs. Emery District is facing a decrease in enrollment, property tax is seeing growth and TSSA flexible allocation for each school has been approved. Revenue is going to be less so expenditures have to balance. Following the hearing and no public comment, the hearing was closed and adoption of the budgets was approved.

“There are still openings in teaching positions and interviewing is happening now,” the superintendent stated. 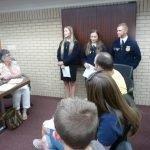 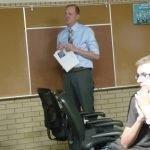