The Emery Swim Team had a home invitational meet with Delta, Summit Academy, Millard and Juan Diego. The Spartans took second as a team behind Juan Diego. The Lady Spartans topped all teams easily to finish first, while the Emery boys ended second.
Emery started the meet with a first place finish in the 200 medley relay with a 2:11.17. Madi Allinson, Laryssa Guymon, Melece Pulli and Chyanne Carter made up the winning team. For the boy’s Devin Wilson, Kelvin Childs, McCade Hansen and Justan Potter took third in the IM relay with a 2:02.60.
Jasmine Fredrick and Shaylynn Rowley took the fourth and fifth place in the 200 free. The Emery boy’s Levi Jensen, Alex Stilson and Nate Gilbert finished in the sixth, seventh and eighth spot. Emery girls grabbed the top two spots in the 200 IM with Guymon in first with a 2:33.94 and Pulli in second at 2:58.39. Childs, McKlayne and Taigon Pulli finished the 200 IM in fourth, fifth and sixth place respectively. Erin Oliverson tied with Juan Diego for seventh in the 50 free. Spencer Fauver scored a second place in the 50 free with a time of 25:04. Justan Potter took fifth in the event.
Allinson easily won the 100 butterfly with Melece Pulli gabbing third. McKade Hansen took a close second in the 100 fly with a 1:09.03 Wilson garnered third and McKlane Moss was fourth.
Kaitlyn Gilson and Jamie Gilbert finished eighth and ninth in the 100 free while Kayden Parkins and Levi Jensen grabbed a sixth and seventh place finish. In the longest event of the day, Carter garnered a fourth for Emery girls and Fauver ended third for the boys in the 500 free.
The 200 free girls relay team of Carter, Allinson, Jaci Huntington and Guymon took second with a 1:58.68. The boys 200 free team of Potter, Parkins, Jensen and Fauver also garnered a second with a 1:48.93.
The Emery girls swept second through seventh place in the 100 backstroke. Allinson was edged out in a photo finish with a 1:14.10. Wilson grabbed a fourth for the Emery boys in the 100 back.
At 1:16.18, Guymon easily won the 100 breaststroke with Kaitlyn Sailing taking third. Kelvin Childs finished third in the boy’s 100 breaststroke.
Finally, Emery’s team of Valerie Chynoweth, Tarryn Parkins, Gilson and Olverson ended in second in the 400 free. Emery Boys ended the meet with a win in the 400 free relay. Kayden Parkins, Wilson, Jensen and Fauver posted a 4:06.51. 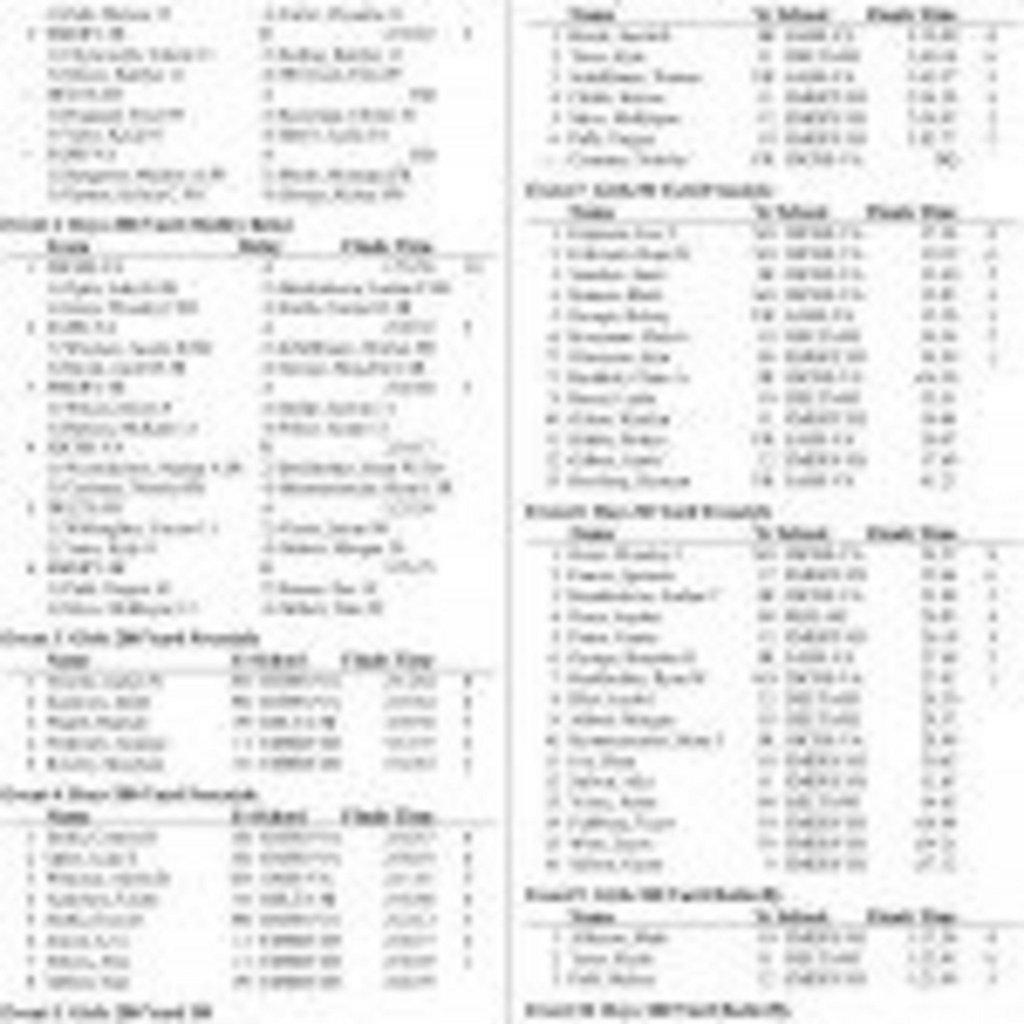