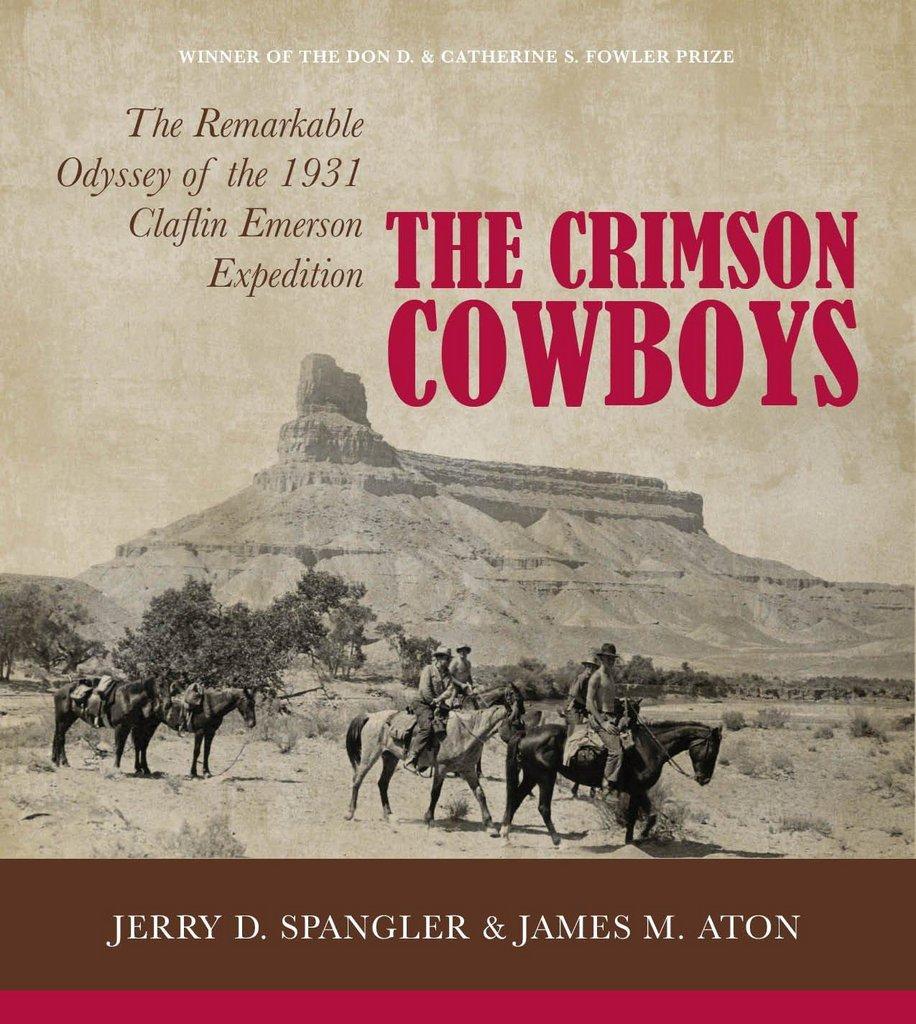 Monday, February 11, 2019, Price, UTAH: – The Prehistoric Museum presents, in conjunction with the Castle Valley Archaeological Society, or CVAS, The Crimson Cowboys: The Remarkable Odyssey of the 1931

Monday, February 11, 2019, Price, UTAH: – The Prehistoric Museum presents, in conjunction with the Castle Valley Archaeological Society, or CVAS, The Crimson Cowboys: The Remarkable Odyssey of the 1931 Claflin Emerson Expedition, a lecture by Jerry Spangler. The lecture will take place at 3:00 p.m. on Saturday, February 16th in the classroom at the Prehistoric Museum. The museum is located at 155 East Main Street in Price. Admission is free and open to the public. Spangler will discuss his new book in which he, and co-author James Aton, explore the incredible “lost” story of a four-year Harvard expedition that toured eastern Utah in search of the Fremont culture.
In 1931 a group from Harvard University’s Peabody Museum accomplished something that had never been attempted in the history of American archaeology: a six-week, four-hundred-mile horseback survey of Fremont prehistoric sites through some of the West’s most rugged terrain. The expedition was successful, but a report on the findings was never completed. What should have been one of the great archaeological stories in American history was relegated to boxes and files in the basement of the Peabody Museum at Harvard.
Now, based on over a thousand pages of documents (field journals, correspondence, and receipts) and over four hundred photographs, this book recounts the remarkable day-to-day adventures of this crew of one professor, five students, and three Utah guides who braved heat, fatigue, and the dangerous canyon wilderness to reveal vestiges of the Fremont culture in the Tavaputs Plateau and Uinta Basin areas. To better tell this story, authors Spangler and Aton undertook extensive fieldwork to confirm the sites; their recent photographs and those of the original expedition are shared on these pages. This engaging narrative situates the 1931 survey and its discoveries within the history of American archaeology.
Jerry D. Spangler is a registered professional archaeologist (RPA) and executive director of the Colorado Plateau Archaeological Alliance, a Utah-based nonprofit company that works collaboratively with governments, private entities and conservation organizations to develop strategies that will further the protection and preservation of historic and archaeological sites on public lands to ensure their scientific and aesthetic values are retained for future generations. Spangler has devoted the past 30 years to archaeological research and public outreach with the expressed purpose of furthering the protection and preservation of cultural resources in the western United States. He is a recognized expert on prehistoric peoples of the northern Colorado Plateau, and has published widely in peer-reviewed journals, monographs and award-winning books, including five on Nine Mile Canyon and the West Tavaputs Plateau. His latest, The Crimson Cowboys: The Remarkable Odyssey of the 1931 Claflin-Emerson Expedition, is the winner of the prestigious Don and Catherine Fowler Book Prize.