Ryan Shupe and the Rubber Band Coming to USU Eastern 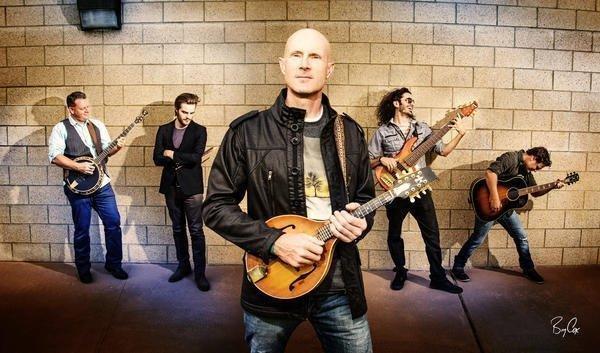 Ryan Shupe and the Rubber Band is making a one-night appearance Utah State University’s Geary Events Center on Thursday, Oct. 25 at 7:30 p.m. as part of the university’s “Year of the Arts” celebration.

Being in the music industry for 20 years, Shupe has become a Utah staple. He and members of his Rubber Band found initial fame in the country music scene when they signed to Capitol Records in 2005. The band has since been dropped from the label, but Shupe and company are still going strong.

The popular Provo band recently released its eighth alblum titled “We Rode On,” marking a striking career transition and a meaningful evolution in Shupe’s songwriting, his life and the band’s sound. It strongly and deftly combines the rock side of their musical arsenal with the acoustic instruments and virtuosic jamming the band has become known for in their live shows.

Like a mad musical scientist (and father/husband), Shupe recorded, arranged and tweaked the band’s newest creation in his studio. “I wanted to create a new sound and an evolution for the band’s music. It’s the best album we’ve done and definitely the most rocking!”

The album focuses on themes like family, love and maturity. The epic title track “We Rode On” triumphantly belts out the phrase “singing songs at the top of our lungs” while the anthemic “Sun Will Shine Again” is a mantra to Shupe’s children. The catchy, rocking “If I Stay” and “Just Say Yes” deal with love interest dilemmas. “Dream Big.” a revamped version of their Billboard charting Capitol Records release, is triumphant, inspirational and powerful.

Being a fifth-generation fiddler, an accomplished electric guitar, acoustic guitar and mandolin player, Shupe has toured extensively across the United States since he was 10. He is no stranger to the national stage and the band has appeared on Good Morning America, E! TV, Mountain Stage, Woodsongs, GAC and CMT.

In an interview in the Salt Lake Tribune, Shupe said, “I’ve always had a goal to make music that had a good vibe and message but that was also well-crafted. I’ve always strived to have it be positive. I hope people will be able to come to the show and forget their worries. All of my CDs have that message in general. [Past albums have] almost been like five CDs in one: a gospel CD, rock, a little bit of humor; but this time I thought I should focus in and not have it be so ADD. This [album] I wanted to pick my favorites of the vibes. I feel like what we do best is combine traditional instrumentation with a rockin’ sound. I focused in on that vibe.”

His group continues to tour regularly with stops at festivals, concert series, special events and prestigious venues.  Tickets are $18 at the door or usueastern.edu/yofa/jubilee.