Lambo Love is a show that began in Dallas, Texas. The idea behind Lambo Love was due to a high respect for the exotic car world from all of those involved.

This show is finding its way to the Castle Country area as showrunner Tanner Hill makes his way back to his roots. Hill grew up in Huntington with his parents, Robert and Amy, as well as his sister, Heidi. After leaving the area, Hill started his own family, who is also the new crew of the show. His family consists of himself and four others; Amanda, Dom, Santos and Bill.

Hill stated that Emery and Carbon counties would likely best remember him for his piano talent.

“But I have chosen to chase a different dream,” Hill stated.

Lambo Love has just celebrated its first year on YouTube and Instagram with a successful number of followers that continues to grow. Hill stated that they look forward to making even more success with the upcoming year and have seen over 2,600 Lamborghinis, McLarens, Ferrarris, Rolls Royces, Porsches and even rarer models still.

The show plans to venture out of the country in the future to conduct private tours in areas such as Dubai, Italy and Japan. Hill expressed his love of the show due to being able to see cars that others likely would not on a daily basis and riding in or driving said cars during interviews.

Cars have been hunted down by those in Lambo Love in Arizona, Texas, Utah, Missouri and California. Hill also stated that more and more exotic vehicles are showing up in the Draper and Sandy areas. Those in Lambo Love are settling back into Castle Country life due to the great cost of living and the roots that Hill grew here.

“Sometimes, you just have to come back to what you know as home,” Hill stated.

Hill wished to inform all that the family will soon be heading out on the road once more to create more content for the show. Lambo Love can be found on YouTube by clicking here. The show also has an Instagram page that can be located by searching @lambolove2017. 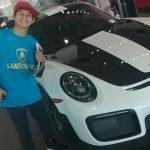 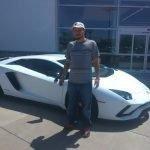 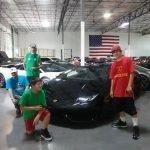 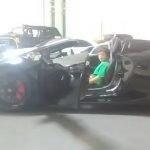 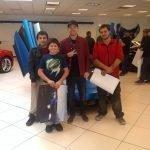