Aprylle Dawn Gilbert plans to run U.S. Highway 6, a distance of 3,652 miles. When a youth center in her area was going to be shut down, she decided to take action. She is now running to raise funds for the center. Gilbert stopped by the Western Mining & Railroad Museum in Helper on Thursday evening and posed for pictures with local citizens.

The run benefits Catholic Charities Washington United Youth Center in Santa Clara County, California. Gilbert has already raised $25,000 but she set a cap at $99,000. The area around the center has many gangs so the center is needed.

Gilbert started running for fun. She began running around a lake near her home then decided to add a little distance each day, just to see if she could do it. “I like to challenge myself,” Gilbert said. She has since run great distances, including the west coast.

U.S. Highway 6 has been especially challenging because of the ups and downs. Gilbert explained that she chose this highway because she wanted to stay away from the interstates. She found out later that it is the longest intercontinental highway in the nation.

The thing that Gilbert has enjoyed most about her journey has been the small towns. “I love seeing so many small towns, each with their unique feel,” she said. She also explained that she’s seen many ghost towns, which has made her sad.

Gilbert is supported by herself and Jose Reyes, her “crew.” She said 100% of the funds go to the kids.

“I’m using my personal finances to pay for the expenses for this trip, so we’ve tried to camp as much as we can,” Gilbert said. “At first we stayed in hotels, but that drained away the money quickly.” Gilbert is also sponsored by the Route 6 Tourist Association.

Though the run has been draining every day, Gilbert has a few essential tools that have kept her going. She takes a Centrum multivitamin and Biogenesis. “I take it in the evening, all tired and sore, and the next day I feel great again,” Gilbert said. “I give them all the credit.”

She is on her third pair of Mizuno running shoes as well.

“I like to run in them until there is nothing left,” Gilbert said. “I hate breaking in a new pair of shoes.”

Those who are interested can support Gilbert through this link: 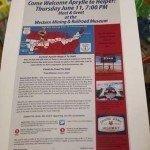 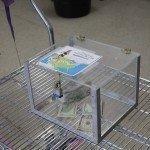 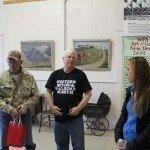 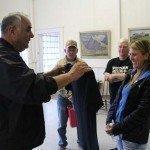 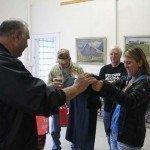 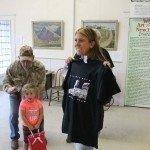 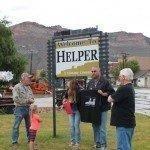 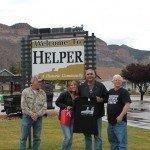 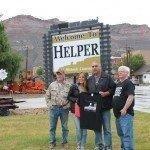 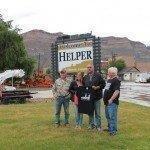 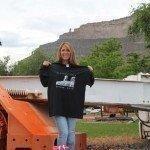 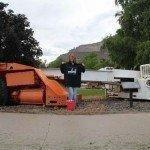 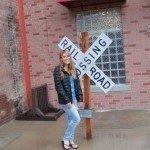 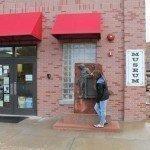 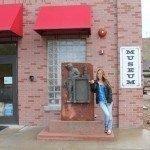 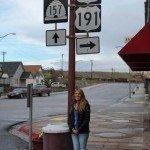 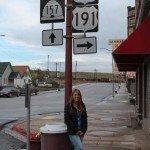 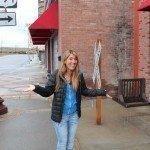 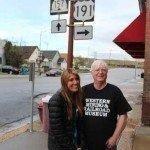