The first two rounds of the 3A State Basketball Tournament have come and gone, leaving us with just eight teams all battling to be named champion. But, before the quarterfinal games commence at Weber State University on Thursday, let’s take a quick look at the top remaining teams. #1 Judge Memorial (22-0, 8-0) Region 15 Champion – The undefeated Bulldogs roster the state’s leading scorer in Teya Sidberry, who accomplished the same feat as a junior. In fact, Sidberry is sitting at number five in the nation with 34.6 points per game. She is scoring 13 points more per game than the next player in Utah. Her effect is felt past the score sheet, however, as she averages a double-double with 13 rebounds and over five steals per game. Fellow senior Marika Collins is a great compliment to Sidberry with her ability to drive to the basket. She averages 12.4 points per game.

Despite going undefeated, it took a late loss by Richfield for the Bulldogs to overtake the top seed. Judge Memorial was hurt by a weak region, but continued to do its part by racking up the wins. The Bulldogs are certainly an offensive threat, averaging over 70 points per game, but can they have the same impact against high-quality teams? Judge has been on the cusp the last two years, making it to the title game in 2020, but has to prove that it can make the right plays in big moments of big games.

#2 Richfield (17-3, 5-1) Region 12 Champion – The Lady Wildcats held the top seed for much of the year and for good reason. They bolster one of the most balanced attacks in the tournament. Junior Nicole Willardson is a matchup nightmare for opposing teams with her combination of size and quickness. She leads Richfield with 18.1 points (3rd in 3A) and 6.3 rebounds per game. If teams pay too much attention to Willardson, then she will find an open with her great vision. Becca Poulsen, Sydney Knutson and sophomore Hallie Janes can all knock down the outside shot and individually convert over 32 percent of their chances from behind the arc.

This is a unit that does not fluster easily and will methodically wear the opposition down. Richfield plays within itself and dictates the game script. A team will need to string together four solid quarters in order to knock off the Wildcats.

#3 Grantsville (18-4, 8-2) 2nd in Region 13 – The Lady Cowboys are a mainstay on this list as they continue to churn out great team after great team. This year’s squad is led by Mckenzie Allen, who is second in scoring in 3A with 21.6 points. Freshman Avery Allred has also played a big role with her 10.1 points and 6.5 rebounds per night. The Cowboys’ greatest strength, however, is its ability to move the ball around and find open looks. Grantsville shoots an incredible 41 percent from the field.

Incredibly, Grantsville does not have a single senior on its team. It has a large junior class of nine girls to go along with Allred. The question the Cowboys will have to answer is how this relatively young team will respond when all eyes are on them.

#4 Emery (16-5, 4-2) 2nd in Region 12 – The Lady Spartans brought back nearly their entire team from last year, which saw them make it to the championship game. Needless to say, this is an experienced unit that plays seven seniors and a pair of juniors. Emery’s depth is one of its best qualities as there is little drop off when players rotate in and out.

Baylee Jacobson and Tambrie Tuttle form a two-headed monster with their 14 and 12.1 points per game, respectively. The former has the ability to create and score from anywhere on the court while the latter can shoot from outside and use her length to post up with the best of them. Their big, Tatum Tanner, has the ability to change games with her size. Few can guard her down low and she can clog up the post, affecting shots even when she does not get a hand on them.

As mentioned previously, the Spartans also have a number of role players that will be essential to their success. Brynn Gordon is second on the team in rebounds from the guard position while Addie Lester is a great facilitator. Daicee Ungerman, Madi Childs and Tylee Norton will all be needed off the bench as the Spartans look to win three games in three days.

Winners of six of their last seven, the Spartans are one of the hottest teams entering the tournament. Emery has always been a great shooting team (39 percent from the floor), but an extra emphasis on the defensive side of the ball has risen Emery’s ceiling. In fact, the Spartans held Richfield to their second lowest scoring total in an upset earlier this month.

#5 Morgan (16-7, 9-1) Region 13 Champion – The defending champs are no strangers to tough tournament roads as they made their way through the tournament and ended on top with the #8 seed last year. No one will be overlooking the Trojans and their four players that average double-digit scoring this go around. Morgan spreads the wealth with Janel Blazzard’s 14.3 points and Elena Birkeland’s 11.8 points per game. Their two bigs can be deadly when they are on the court together as Alex Trussell averages 11.7 points and eight rebounds while Alyvia Jaffa averages 10.7 points and 8.7 rebounds per night. It is rare to have two prolific bigs, but that is exactly what Morgan has, which causes matchup problems for other teams. If opponents devote too much attention to slowing down Trussell and Jaffa, however, Blazzard and Birkeland have the ability to knock down the outside shot. Turnovers have been a problem at times this year as Morgan averages over 17 per contest. The Trojans will need to take better care of the ball if they want to repeat. #6 Layton Christian Academy (16-6, 7-3) 3rd in Region 13 – One thing is for certain, the Lady Eagles are not lacking in scorers. In fact, they boast two of the top five 3A scorers in Bianca Silva with 16.6 points and Rüzgar Boyle with 16.5 points per game. On top of that, Mariana Cubero adds another 11.6 points while Mia Jones averages 10 points per night. The Eagles shoot an extremely high percentage from the floor, 48%, which only dips to 45% from beyond the arc. LCA also takes care of the ball with under nine turnovers on average. Depth, however, is an issue as the bench averages just above three points per game. That can make things tough on the Eagles in a three-day tournament that requires both conditioning and precision. #8 Carbon (13-8, 2-4) 3rd in Region 12 – An offspring between LCA and Carbon would be the favorite to win in this tournament. The Dinos struggle on the offensive end of the court while their defense is one of the best in the field. They average nearly 14 steals per night while limiting good looks by the opposition. They also have a deep bench and frequently play 10+ players on any given night. This allows them to maintain their ferocity on defense the entire game.

Offensively, Carbon has shown flashes, especially when it upset Emery 51-48 two weeks ago. Sydney Orth leads the team with 9.2 points per game followed by sophomores Madi Orth (8.1) and Amiah Timothy (7.2). Consistently scoring, though, has been the bulk of the problem. The Dinos shoot 34 percent from the field and 23 percent from three. If they can put it together offensively, their defensive tenacity allows them to play with anyone. #10 Union (11-12, 7-1) Region 13 Champion – The Champs of Region 13 had to upset #7 Summit Academy in order to make it to the quarterfinals. They accomplished the feat convincingly, 59-40. The Cougars are another team that has shown glimpses, but they have had trouble consistently playing to their potential. Part of that is their 19 turnovers on average, which is compounded by going 34 percent from the field and 23 percent from three. With that being said, Union is streaky and has connected on 10+ three-pointers twice this season, against Morgan and this past Friday at Summit Academy. It would be unwise to overlook the Cougars, especially since they have already proven they are capable of pulling off the upset.

The tournament bracket with all contests and times can be found here. Catch all the action live on ETV Channel 10 and online at etvnews.com/livesports and local10.centracom.com. 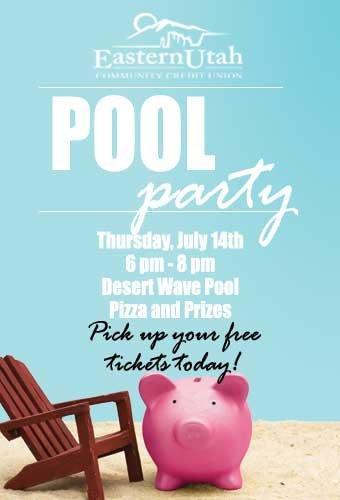