A report of a student with a gun at Castle Heights Elementary sent law enforcement from nearly every agency rapidly to the school. Once officials reached the facility, it was quickly determined that the gun was fake and the look-a-like weapon was taken into custody.

An announcement by school officials was sent to every Castle Heights parent following the incident. Administrators eased parent’s concerns, stating that all students were safe and were never in danger.

All emergency protocol was followed accordingly. School will remain in session as scheduled. 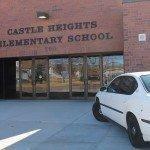 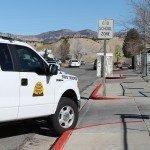