Anyone who is a deadeye looking for a challenge, won’t want to miss the upcoming Three-Gun Shoot competition. The event will be held at the Green River Shooting Sports Park, east of town, on April 12 beginning at 10 a.m.

Participants will complete three courses of fire using a shotgun, a .22 rifle and a .22 pistol. The goal is to hit as many targets as possible, as quickly as possible, using three different firearms.

The event is open to the public, and costs $15 per shooter, which will cover the cost of ammunition and targets. Children who compete must be graduates of Utah’s Hunter Education program.

Participants should bring their own shotguns, .22 rifles and .22 pistols.  However, if participants do not have their own firearms, the range has some they can borrow.

Range supervisors will be at the event, coaching shooters and assisting as needed.

“This competition is just for fun,” stated Utah Division of Wildlife Resources Regional Conservation Outreach Manager Brent Stettler. “Cash, trophies or prizes will not be awarded.”

Because some participants must wait for their turn, DWR has decided to keep shooters busy in another area of the shooting range. There will be a number of cowboy shooting scenarios set up at the event.

According to Stettler, participants can go to a shooting bay where they can shoot a cigar out of the mouth of a metal outlaw target, shoot the gun from the holster of a metal bar maid or shoot at metal wildlife targets from the back of a horse (a 50-gallon barrel).

The shooting event is geared toward families and the DWR encourages residents to participate. 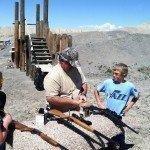 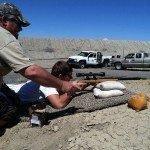 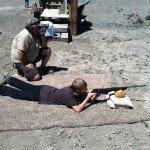 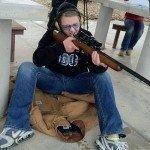