Just after 9:30 p.m. on Monday, Oct. 2, Emery County Sheriff’s Office Dispatch received a report of a structure fire in Green River. The Green River Fire Department was immediately paged and responded, as well as ECSO personnel.

Upon entry into the residence, firefighters found that they could not make their way to the back bedroom where the owner of the home slept. As firefighters continued to fight the fire, others broke the bedroom window from the outside and found the homeowner, 96-year-old Allene Spadafora, deceased on her bed.

The State Fire Marshal’s Office was notified and is conducting an investigation. Preliminary findings as to the cause of the fire point toward rodents having gnawed the insulation and electrical wiring. 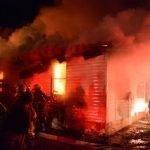 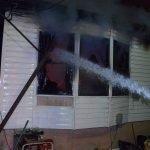