Michael George Pulsifer and Gary Michael Pulsifer appeared before Judge Douglas B. Thomas in Seventh District Court on Monday. The father and son duo faced the court for a preliminary hearing regarding a charges filed in March. Both men waived their preliminary hearing and will plea at an arraignment hearing on June 9.

According to Price City Police Captain Bill Barnes, the charges against the pair stemmed from an investigation regarding an altercation between female girls in early March. Police discovered video footage of the altercation and discovered Michael Pulsifer and another man supposedly encouraging violence between the girls.

Ryan Christopher Macart was identified as the second man. Macart, originally from Richfield, had moved to Price and was living with Michael. Investigators later discovered Macart was sexually involved with one of the teenagers involved in the fight.

Allegedly, Michael provided his bedroom to Macart to have sex with the teen while Gary had knowledge of the acts taking place in the house. 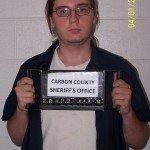 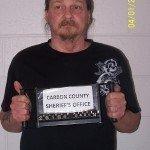