Father’s Day was welcomed in this year with heavy rain and strong winds, resulting in flooding and various closures.

Highway 6 in Price Canyon and Highway 191 in Indian Canyon both experienced temporary delays and closures due to flooding and debris on the roadways. Both canyons reopened quickly for Father’s Day travelers.

The flooding continued into Helper as the Carbon Country Club Golf Course experienced extreme flooding on the back nine. The flooding resulted in the closure of the golf course for the day.

“Not the Father’s Day that we wanted,” the Carbon Country Club shared.

The Price River also swelled at the walkway near Lin’s, overflowing onto the pathway and preventing travel. 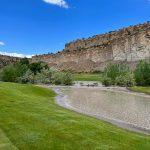 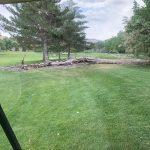 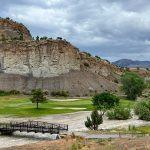 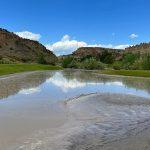