A considerable amount of time was reserved during the April Carbon School Board meeting in order to recognize many local students that have achieved great strides this school year.

Members of FCCLA, FBLA and Sterling Scholar for multiple schools were presented to the board and honored. The students spent brief moments describing their experiences in each respective club or group, with the advisors standing by proudly and singing their praises. Each student that was recognized was also awarded with a free movie ticket.

It was announced during the board meeting that nearly $22,000 in scholarships were awarded at the Sterling Scholar event alone, which does not include the scholarship opportunities they will continue to receive.

Superintendent Lance Hatch also spent a few moments updating the board and crowd on the Castle Valley Center construction with a video that he personally recorded of the building.

Hatch showcased the changes, remarking on the rooms and the changes in sizes, especially for the adult programs that are hosted in the school. Hatch and CVC Principal Michael Keller stated that construction is anticipated to conclude sometime in May and everything will be ready for the next school year in the fall.

Hatch also spoke on the progress of the apptegy app that will soon be released. He had a demonstration of the app that he displayed for all, showcasing that it is a convenient way to keep up with all things in the district with a live feed like social media, individual teachers contacts and much more. The apptegy app will be free for download when released. 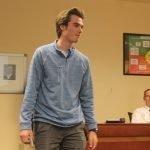 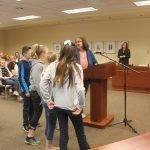 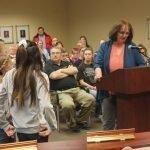 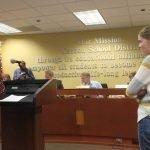 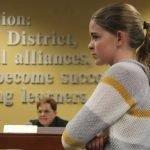 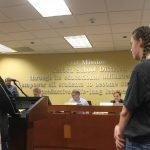 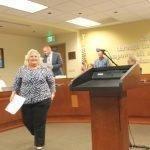 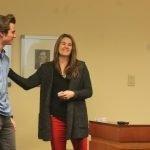 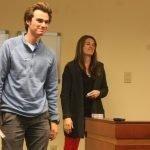