Mower excused the Governor, stating that he had only 20 days to review over 500 bills presented for his signing from the recent legislative session. Mower then stated that Utah was the most fiscally responsible state in the nation and 47th in ranking of the most wicked. He also said that good things for Utah take place on the federal level.

Following Mower’s keynote address, Senator David Hinkins and Congressman Carl Albrecht reviewed their actions in the recent legislative session. They expressed their appreciation for each other as well as Mike McKell in getting things done for the local area. Three of the candidates for Senator Orrin Hatch’s vacated seat then spoke to the large audience.

Mitt Romney first spoke on the loss of Sen. Orrin Hatch, delving into his tenure and what it has meant to Utah. He also explained how Republican principles invigorate the economy. He stated that he wanted to represent a state where his children and grandchildren live. 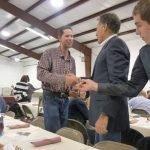 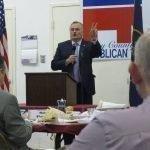 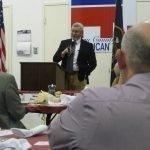 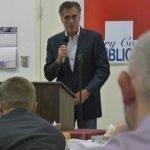