The Southeastern Utah Jr. Livestock Show has been hosted by Ferron City for decades. The city almost doubles in size each July when exhibitors from throughout the state converge upon the fairgrounds. This year was exceptional, especially since there was no state show in 2020 due to the pandemic. There were 44 goats, 55 lambs, 20 steers and 80 hogs sold through the auction on Saturday.

Each exhibitor could only sell one animal, but each champion must be sold through the auction. Jaston Willoughby had two champions, so he donated the profits from selling his champion lamb back to the show.

Another highlight of the show this year was a peewee goat show organized and sponsored by the Emery High Future Farmers of America Chapter. Several youngsters exhibited their pet goats to the crowd’s delight. 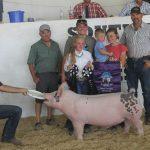 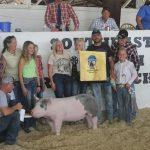 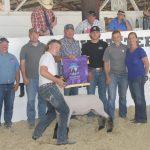 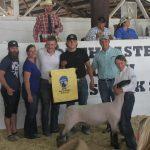 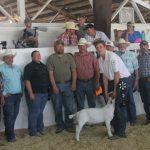 The grand champion goat owned by Brett Rasmussen of Elmo, Utah sold for $2,300. 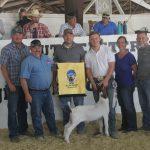 The reserve champion goat owned by Jaston Willoughby by Heber, Utah sold for $4,000. 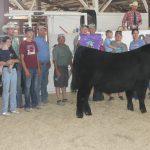 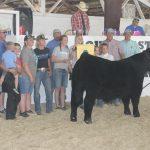