As a reward for gathering care packages for soldiers, Ferron Elementary students had the opportunity to duct tape their principal, Brian Dawes, to the wall.

Allison Jackson, a member of the Parent Teacher Organization, came up with the idea as an incentive for students to bring items for the Christmas Care Package for Soldiers. Each store-wrapped item they brought received one tally mark.

For students who could not bring an item, they had the opportunity to write a letter of thanks to the soldiers for their service. Each letter also received a tally mark, which allowed all students to participate if they chose to.

The class that received the most tally marks got to finish the job with an extra roll of duct tape. Students knew about the program for two weeks, then had one week to bring in all their items. PTO member Melinda Meccariello gave instructions for all students at an assembly while PTO Board President Lanie Olsen supported their efforts.

After Principal Dawes was firmly taped to the wall, he had to struggle to get out while students sang Christmas songs and cheered him on. Once free from the wall, the duct tape kept his movement restricted and he gave each student a low-five as they left the gym. Once they were gone, PTO members helped cut off the garbage sack suit they had made for him, which made duct tape removal easy.

“It was very hot,” he said after the duct tape was removed. He then thanked all of the students for their hard work.

Leona Behling and her third grade class had the highest number of tally marks with 422. The tallies for all the classrooms are as follows: 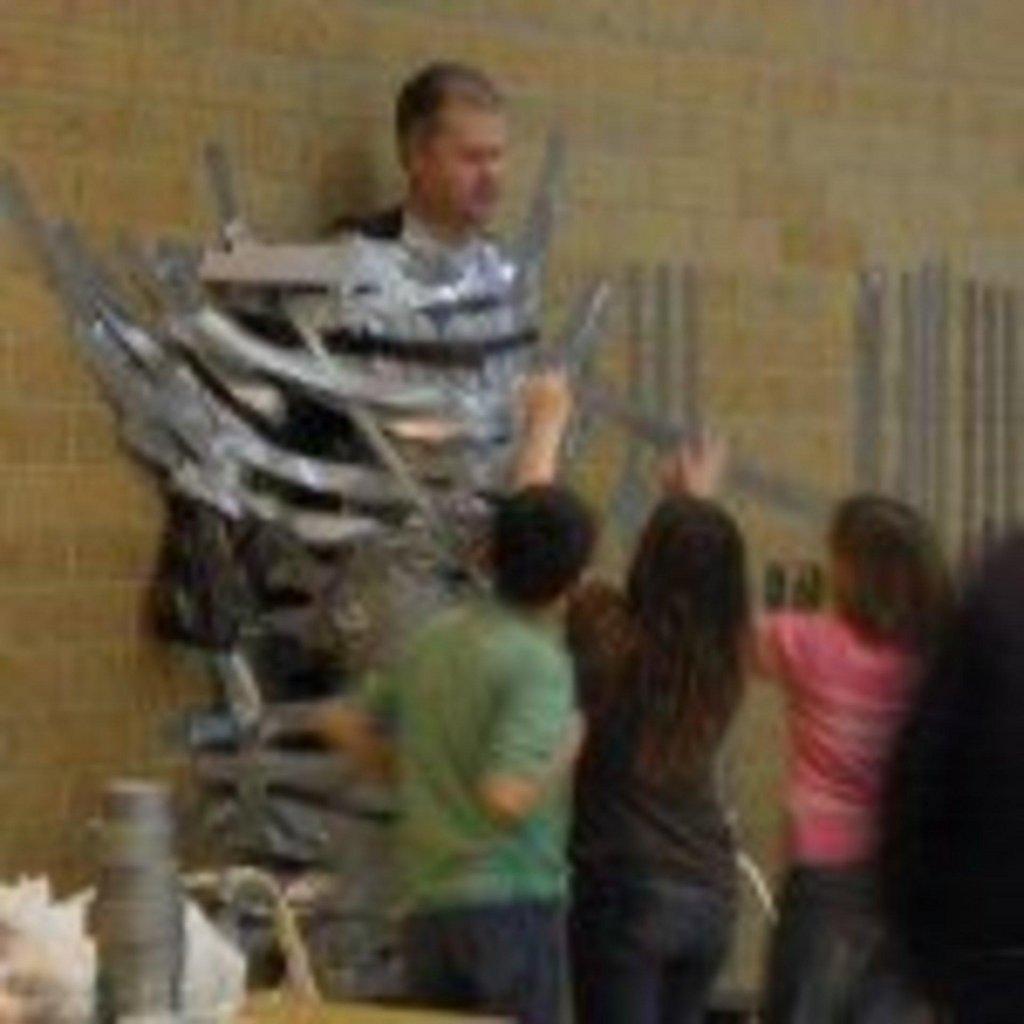 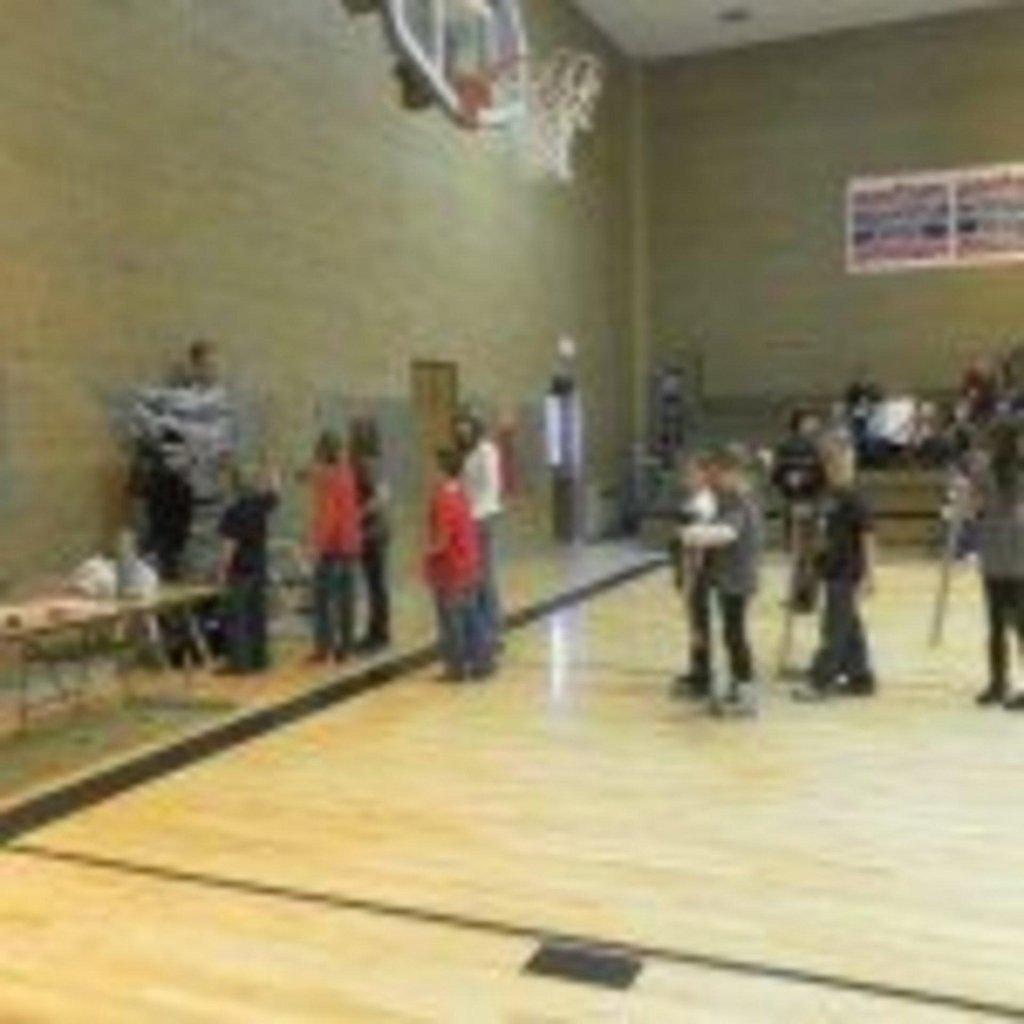 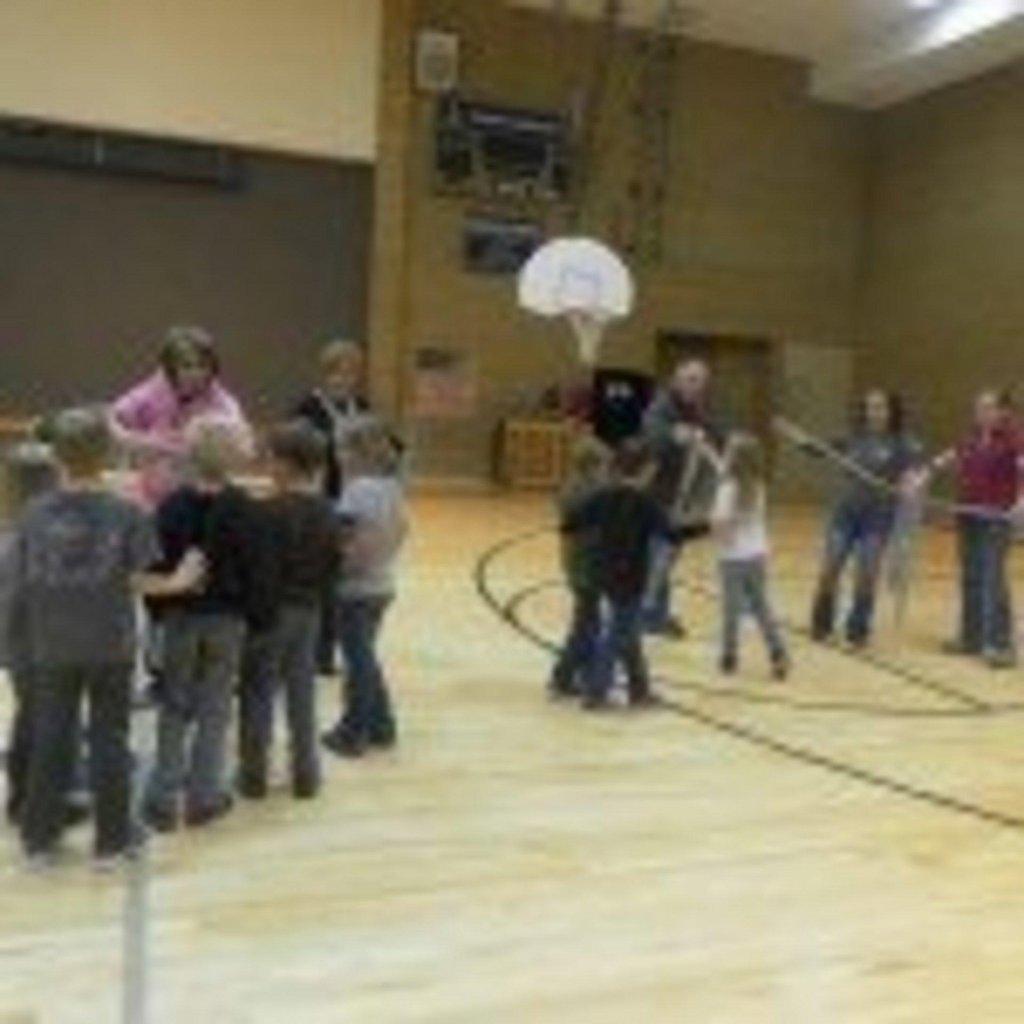 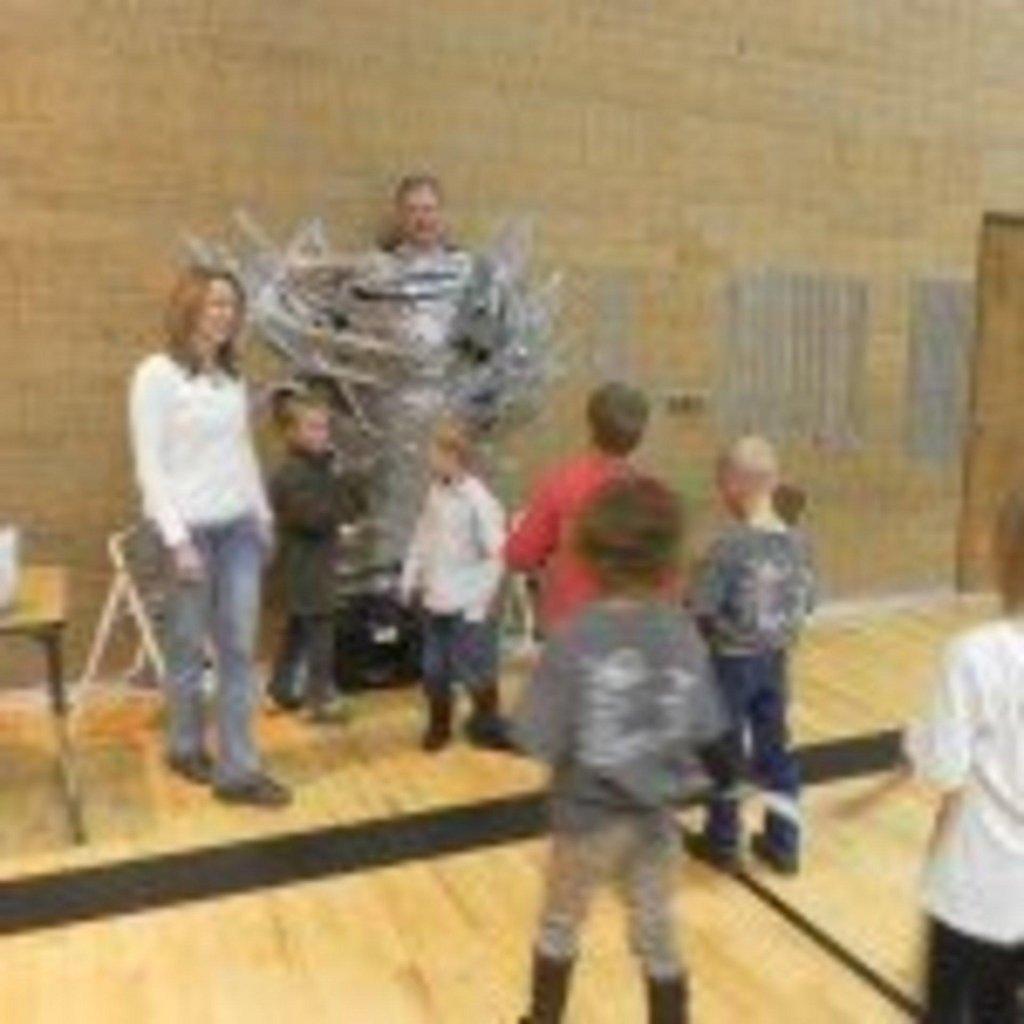 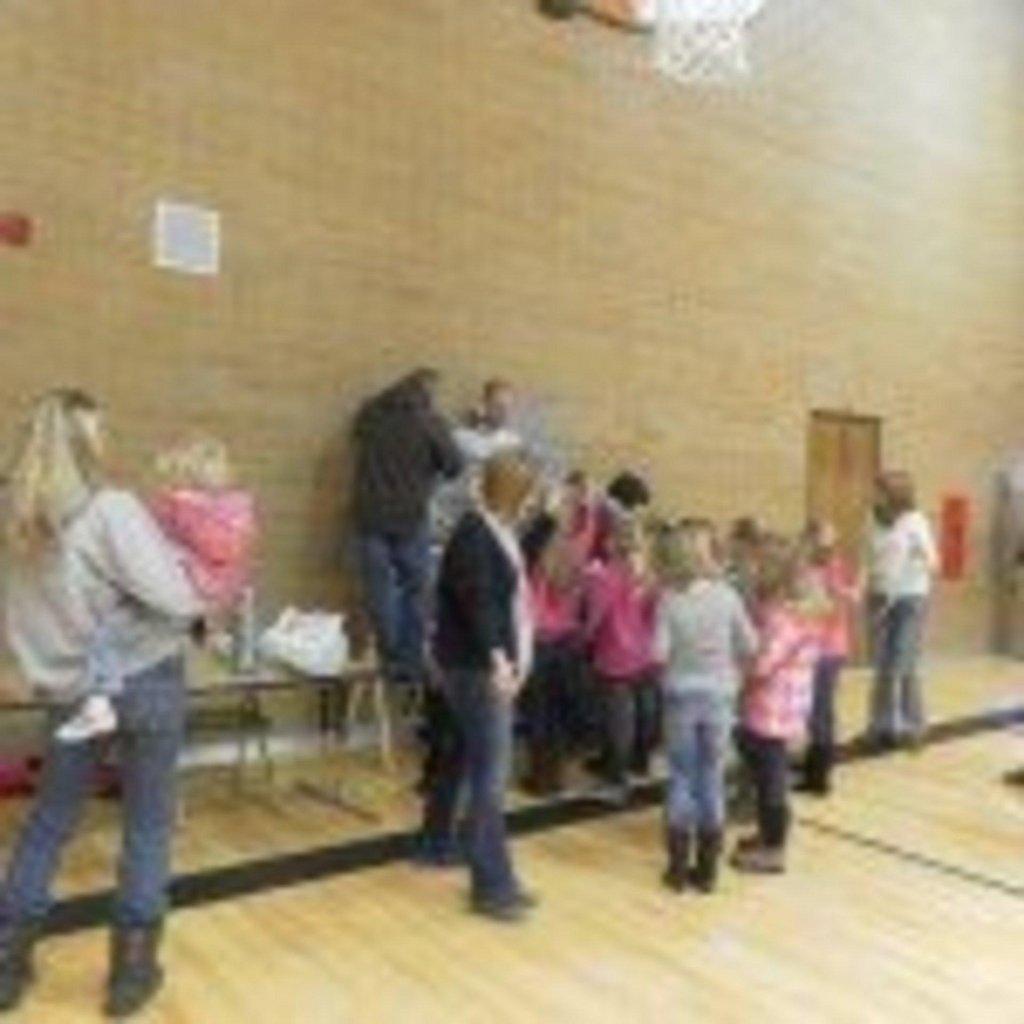 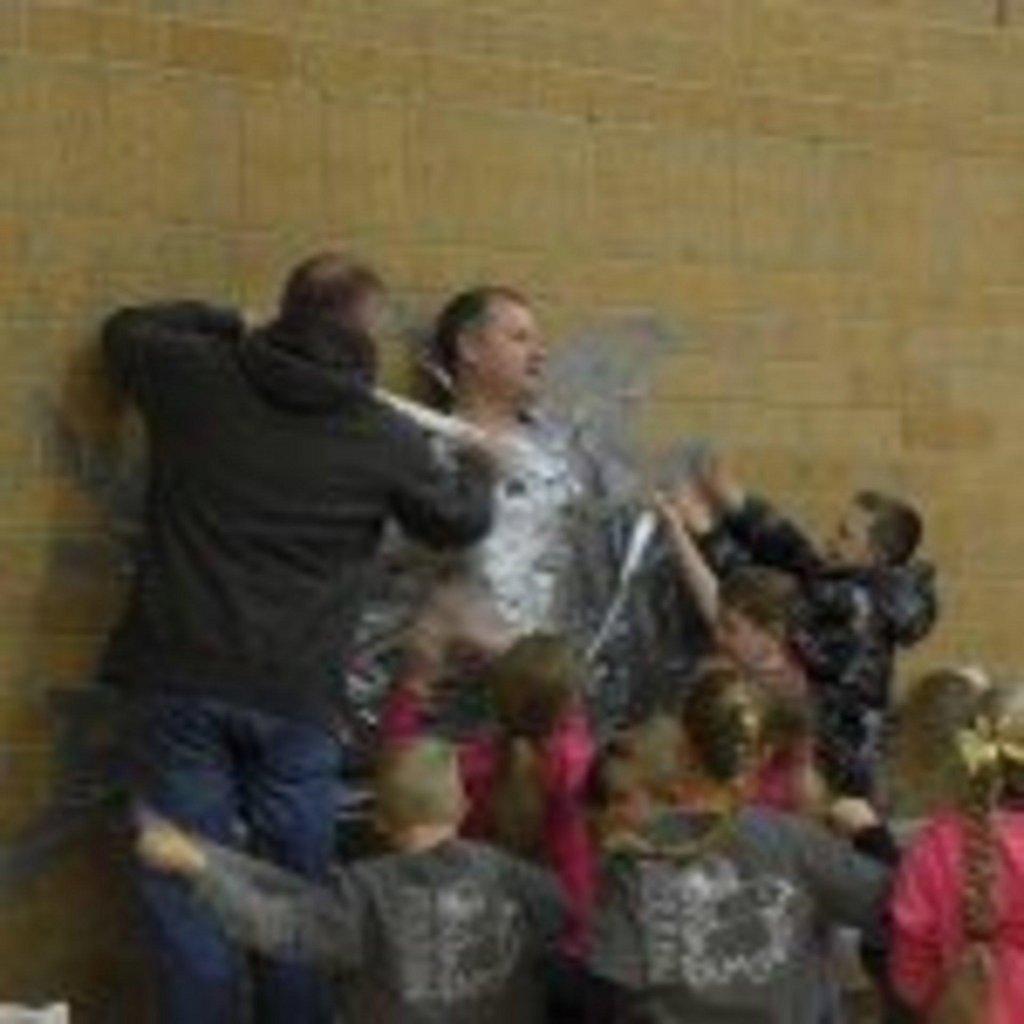 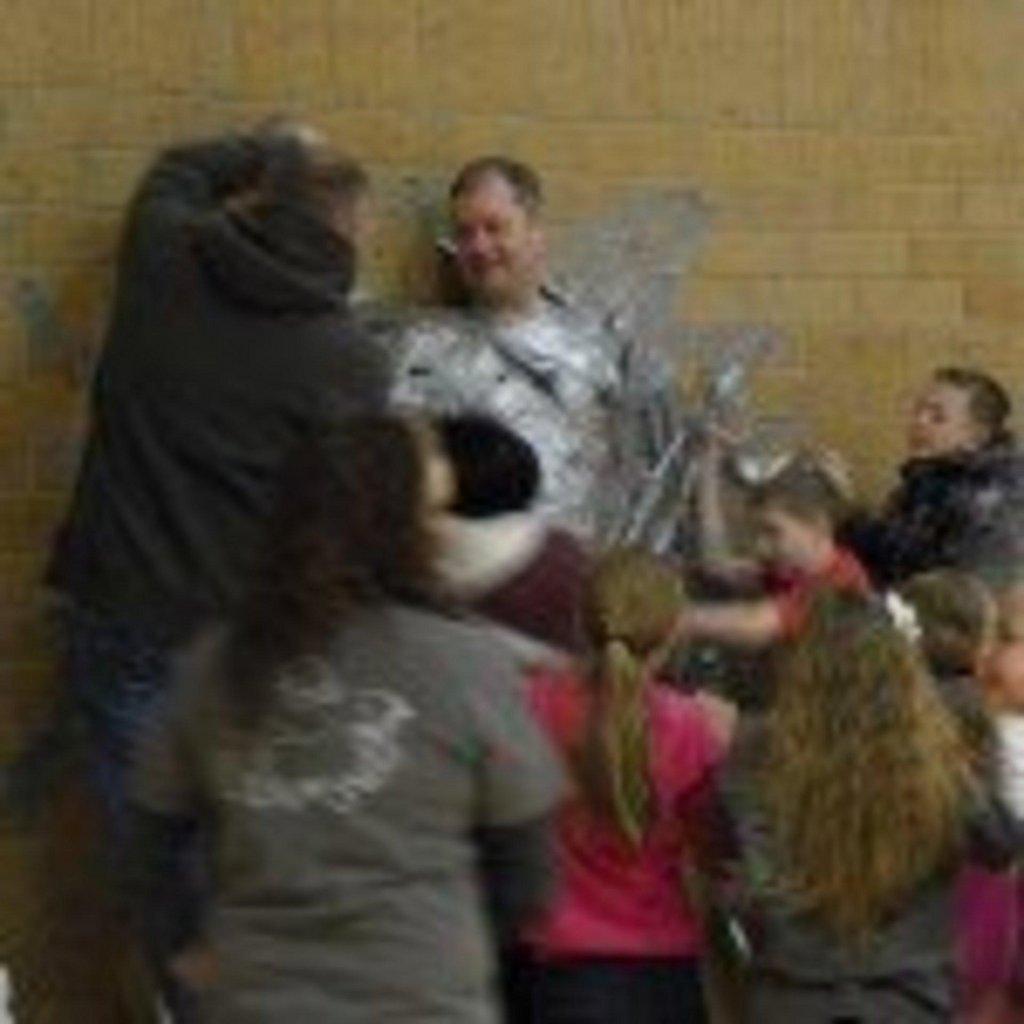