Continuing with a 20-year tradition, Ferron City’s Field of Flags paid tribute to veterans. The early morning crowd was welcomed by Ferron Mayor Adele Justice at the Church Park on Main Street.

The flag presentation was by American Legion Post #42. A prayer was offered by Ferron City Councilman Troy Winter and the National Anthem was sung by Sarah Swasey.

Legion Auxiliary leaders then introduced their Americanism Essay winners, Ryleigh Meccariello and Jaivery Pitchforth, who shared their essays with the crowd. Next, students from Ferron Elementary sang “You’re a Grand Old Flag.” Evelyn Huntsman then shared a poem “Our American Flag.”

Following this, Post Commander Clifford Snow introduced the Area Post Commander, who honored Grant Nelson from Magna, Utah, one of the few World War II veterans from Utah still living. The commander also honored all the veterans in the audience and their families.

Nelson spoke about how families make sacrifices along with the servicemen. According to Ferron City, records indicate that there are 510 veterans buried in the Ferron City Cemetery. Each unit flag, Army, Navy, Marines, Coast Guard and Air Force, was then displayed and its history explained. 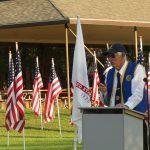 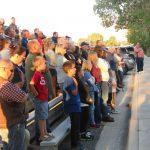 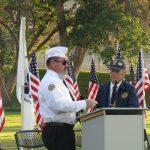 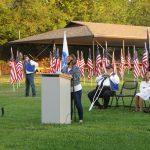 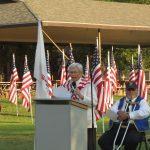 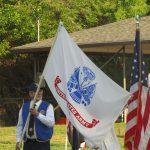 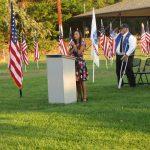 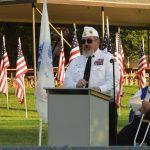 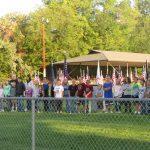 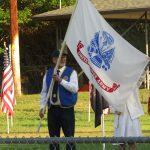 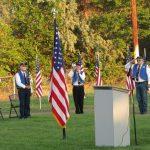