Firefighters from Emery, Loa, Ferron and Castle Dale gathered together at the Ferron fire station for flashover training on Oct. 25 and 26. Crews took time off work to attend the training which, is one of the few chances they have to experience flashover in a controlled environment.

A fire was started in a large metal barrel that sat on a ledge above the firefighter’s position. This reduced the heat inside the trailer and expanded visibility which would normally only be an inch or two off the floor.

Firefighters were taken in four at a time and given the chance to crawl along the trailer while the fire was burning. They were instructed to watch for signs of an impending flashover. This happens when the temperature is high enough to ignite gasses in the air, somewhere around 1100 degrees Fahrenheit.

This is considered one of the most dangerous and deadly scenarios that firefighters can face. Even in the controlled environment and reduced temperatures, firefighters struggled with the heat.

One Castle Dale firefighter was overcome by heat exhaustion and severe dehydration during the training. Fellow firefighters rallied around him, stripping his gear to help cool him down and cover him with water while vitals were taken. Oxygen was administered along with IV fluids in the back of an ambulance. EMT’s were able to treat him on site.

A Ferron firefighter also struggled with the exercise. This was the first live fire training which produces extreme heat for each firefighter. “There’s a difference between watching it, and being in it,” explained a veteran firefighter. “And there’s no way to really prepare until you’re in it.”

Crews take precautions while training. Even with a controlled environment and emergency personnel standing by, training can still be dangerous. “Most people don’t think being a firefighter is hard. I get comments all the time that I just spray water at a fire,” explained fire academy instructor, Matt Evans. “They don’t realize it takes a lot of training to understand how a fire burns and when you don’t understand that you can make things worse.”

Evans along with other veteran firefighters have worked to make training as safe as possible while giving crews a real life experience. Despite their efforts, each fire burns differently and each individual responds differently. “That’s why they take the precautions they do,” Evans remarked.

The volunteer fire fighters completed the training and walked away with a unique experience. The fire chiefs were grateful nothing worse happened and that their crews were able to participate in the flashover training. 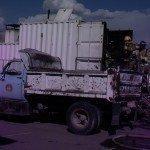 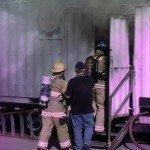 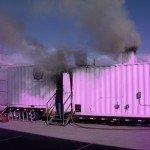 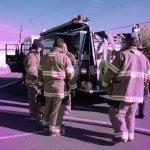 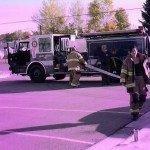 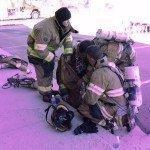 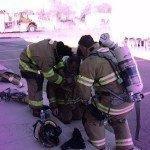 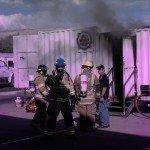 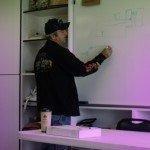 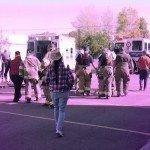 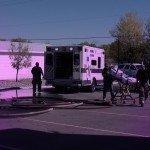 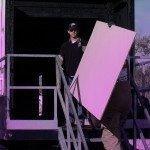 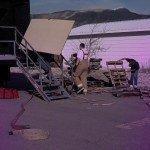 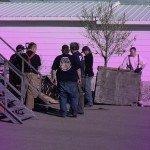 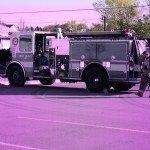 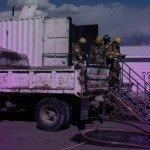 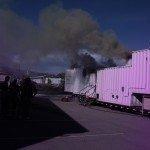 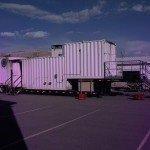