Bruin Point Elementary School’s inaugural Constitution Bee was hosted on Friday. The bee, which is sponsored and organized by the Price chapter of the Lions Clubs International, acts much as a spelling bee with vocabulary words switched out for questions dealing with the Constitution of the United States.

Questions ranged from qualifications to run for various elected positions to explanations of what various amendments entail and even asking what the opening words of the Constitution are.

While the bee has been hosted at various elementary schools in Carbon School District, Friday marked the first time students from Bruin Point were given a chance to participate. Fifth-grade students were able to compete for cash prizes ranging from $10 to $50.

Anabella LaFontaine walked away with a third-place victory and $10, Jersey Wayman took second and $20 with Loyal Martinez placing first and receiving the $50 cash prize. 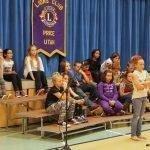 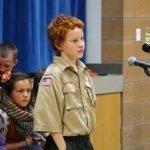 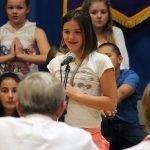 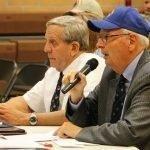 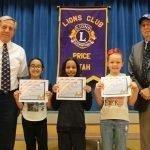 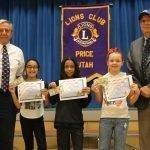