The name Blaze and a drawing of a face were deeply inscribed on the popular rock art panel. Perhaps even more disturbing are chisel marks showing an attempted removal of part of the rock art.

Next to the Blaze inscription are the names Joepeep and Amber. The names have appeared within the last year.

Jody Patterson, an archaeologist working in the canyon with the Bill Barrett Corporation and with county road improvement projects, was very concerned about the damage.

“Of all the sites we monitor in Nine Mile Canyon, this is the only one that regularly sees depredatory behavior,” she said.

The site was also vandalized in September of 2011. That damage was cleaned up at great expense by art conservator Constance Silver. It took her five days of meticulous work to undo charcoal writing and other damage. She finished her work in July of 2012.

Price BLM Archaeologist Amber Koski said the incident is now an open investigation. She was unable to comment further on the matter until the investigation is complete. No word yet on a possible reward. 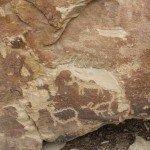 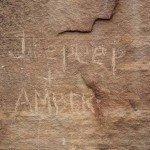 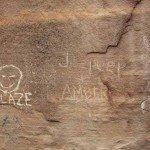 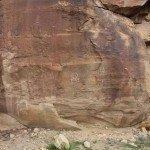 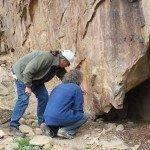 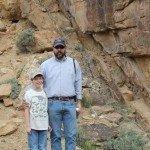 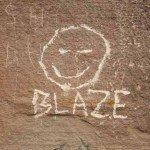