The Carbon County Chamber of Commerce hosted their monthly luncheon on Thursday afternoon. The event was filled with Miners’ Memorial updates, speeches from Senator David Hinkins and Representative Jerry Anderson and the awarding of business of the month.

This month, Fitness World was selected for its outstanding service to the community. Owners Randy and Jerri Timothy of Price have owned and operated the gym in Price for 10 years. A fitness instructor for 32 years, Jerri offers multiple classes as well as fitness and nutrition advice at her gym.

Six months ago, renovations were completed at Fitness World. However, it didn’t take the owners long to move forward with more improvements to the gym. Now, renovations are currently underway to establish a new aerobics room.

As if Jerri is not busy enough with teaching, renovating and giving fitness advice, she is also taking on another endeavor: writing a book. The book will focus on diet, exercise and vitamins. Emphasis will be put on eating from four food groups, working out four times a week and whether vitamins in pill form are necessary.

Fitness World is located on 47 West Main in Price and can be contacted at (435) 613-7546. They offer over 30 fitness classes a week and keyless entry for after hours access to the gym.

Also at the chamber luncheon, Dennis Ardohain gave an update on the status of the Miner’s Memorial. According to Ardohain, the project started with just two people and has evolved to include over 20 active and consistent volunteers.

Ardohain commented on the success that the recent poker tournament fundraiser had despite it being hosted during a busy day for the community.

“I appreciate what the community has done,” he said. “Nothing is going to stop us.”

Ardohain concluded with future goals for the Miners’ Memorial.

“Emery County has not been forgotten,” he affirmed. “After Carbon County, we are on our way to Emery County.”

Finally, the luncheon featured guest speakers Senator Hinkins and Representative Anderson. Both men commented on a successful legislative session, the continued war on coal and the advancements that USU Eastern is making, including the new building that will be added to the campus. 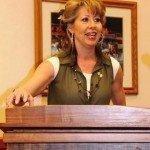 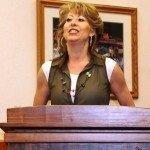 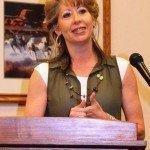 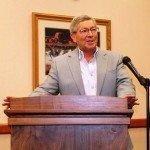 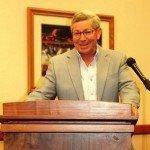 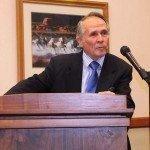 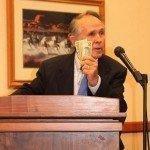