When taking part in a “customer appreciation party” at work, most women wouldn’t expect for their boyfriends to get down on one knee and pop the question. However, that’s what happened to Dinia Arana Morales when a supposed party at work turned into a flash mob and her boyfriend, Jeremiah Rich, proposed.

After dating for over a year and knowing each other for over ten, Rich decided it was time to propose.

Rich originally planned to propose on the beach in California, but plans changed when Morales’ grandmother passed away. Dancers from Carbon and Emery counties that take part in Zumba classes in Hungtinton rallied to make the proposal happen at Aaron’s where Morales works.

Eager to pop the question, Rich and the dancers organized the proposal in about two weeks.

“I would like to thank Aaron’s and the Zumba class,” said Rich. “I would also like to give a special thanks to Melanie Weaver, Cheryl Cox and Molly Barnes.”

The happy couple plans to marry in the fall. 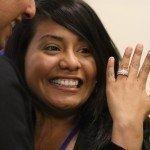 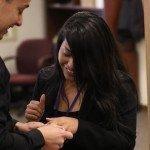 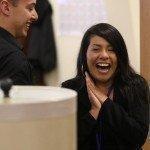 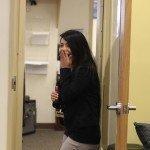 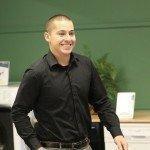 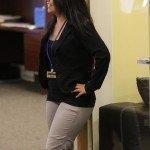 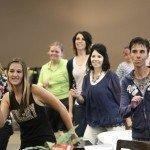 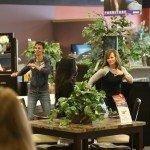 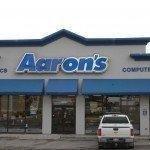 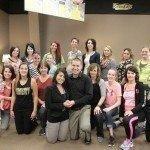 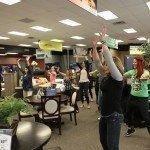 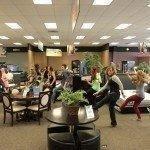