A number of gates on forest service roads were opened April 15. In some cases, they are the first gates in a series along forest service roads. Travelers may encounter snow drifts or wet areas as they near the second gates along a road. Forest ranger Darren Olsen urged people to use caution and respect as they travel and not attempt to cross wet roads.

“Those traveling on the forest this time of year should not be surprised to find roads that are too wet to travel,” Olsen said. “If visitors encounter wet roads, they should not attempt to use them.”

Churning deep tracks through the mud causes severe damage to roads that does not go away when they dry out. Later, erosion often makes the damage worse and contributes sediment to the watershed. Patience and waiting for drier weather pays off.

The following roads on the Ferron/Price district will open at the first gate:

Seasonal closures for OHV trails such as the Hole, Black Dragon, Lord’s and Rock Canyon trails, and motorcycle trails such as Dry Wash, Middle and Rim trails were also lifted on April 15.

These closures and openings are identified on the Motor Vehicle Use Map for the Ferron/Price and Sanpete districts and are in effect each year between Dec. 1 and April 15. Those wishing to travel near the area should obtain a map from either the forest supervisor’s office in Price or the Ferron/Price district office in Ferron. The map can also be obtained from the forest service website at https://www.fs.usda.gov/main/mantilasal/maps-pubs

For further information or to receive updates on these closures, please contact the Ferron/Price ranger district in Ferron at (435) 384-2372 or the forest supervisor’s office in Price at (435) 637-2817. 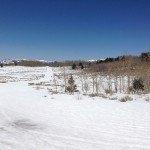 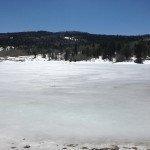