According to Emery County Deputy Attorney Brent Langston, both parties entered a plea in abeyance agreement in order to avoid further court proceedings. As a result of the agreement, both charges were dropped to class A misdemeanors.

“The maximum sentence for this misdemeanor is one year in the county jail and a $2,500 fine,” Langston explained. “Because this case ended with a plea in abeyance agreement, a fee will also be assessed along with restitution fees.”

Neither Taylor nor Hall will serve jail time. Currently, prosecutors are determining the exact amount each individual will pay in fines.

The case made national headlines last year following a YouTube post. In the video, a large rock balanced atop a red dirt formation was pushed off its original resting area. The individuals joke about ruining the goblin.

State park officials quickly began investigating the incident following the online post. It was determined by the Emery County Attorney’s Office to file charges against Taylor and Hall based upon the findings from the investigation.

Both individuals were Boy Scout leaders during the time of the incident and have since been removed from their positions by the scouting agency. 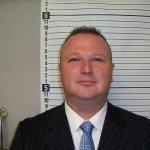 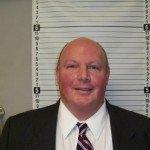 Glenn Tuck Taylor was also booked and released at the Emery County Jail on March 18.