Seeking to move up the Region 12 standings, the Carbon Dinos got two dominant pitching performances Tuesday afternoon to upend the Juab Wasps in a doubleheader.

Cole Fossat took the mound in game one and pitched the entire extra-inning affair while tossing a one-hitter. Fossat struck out 11 batters in the game. Mitch Olson lifted the Dinos with a walk-off single in the bottom of the ninth that scored Anthony Maclean. The team had eight hits, two each by Fossat, Taylon Abeyta and Maclean.

Olson then took the mound in game two after he and six others were recognized before the game in their last home games as Dinos. Trey Richardson, Dallyn Mower, Austin Henry, Fossat, Abeyta and Maclean were the other seniors recognized.

Olson picked up where Fossat left off on the mound, also notching a complete-game performance for the win. He gave up just four hits and two runs (both unearned) in seven innings. Carbon responded with nine hits, two apiece off the bats of Jayden Flemmett, Mower and Fossat. Mower and Fossat had the only RBIs in the game. The Dinos took a 3-0 lead to the seventh in which Juab notched its two runs before Olson shut the door for good on the Wasps.

With the two wins, Carbon (10-10, 6-5 Region 12) shot in front of Richfield for the third seed with one game remaining on its schedule. The Dinos will again face off against the Wasps (7-10, 5-4 Region 12) on Friday, this time in Nephi to conclude their region schedule. With a win in that game and some help from Canyon View or Richfield, Carbon could climb as high as second place before the Region 12 season ends early next week. 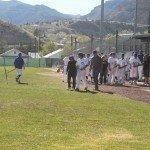 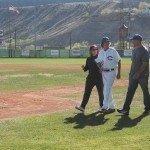 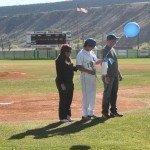 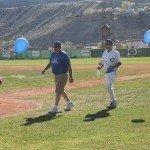 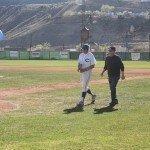 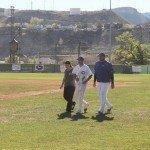 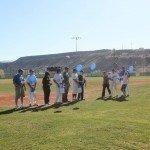 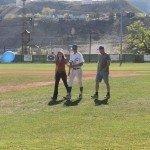 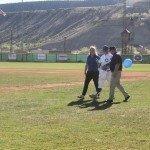 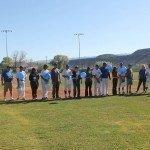 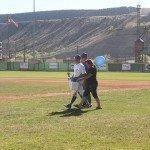