Three Emery Spartans and one Carbon Dino found their names on all-state teams that were announced this week by the Deseret News. Dillon Wilstead, Ridge Nielson and Tyson Roper from Emery and Cole Fossat from Carbon were named to the teams as voted on by coaches.

After securing the 2A MVP last year after hitting .517 and going a perfect 6-0 on the mound and leading the Spartans to another 2A title, Nielson went 4-2 on the mound this year while hitting .443. Wilstead, named to the 2A first team last year, hit .439 and finished with a 5-1 record on the bump. Roper was named to the second team for the second year in a row.

Carbon’s Fossat led 3A with seven home runs and hit .423. He also contributed eight doubles, four triples and a 5-5 record on the mound. Fossat was also named to the second team a year ago. 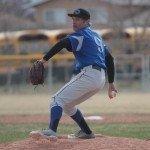 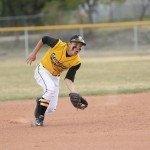 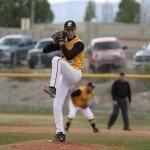