Fresh Market has been an integral part of Carbon County for quite some time. Recently the decision was made to join Fresh Market with Lin’s and make improvements storewide.

The construction on improvements to the store started around mid October and expanded to virtually every department. When speaking with store manager Dick Raich, he stated that his favorite part of the changes was the openness, spacing and presentation within the store.

Fresh Market becoming Lin’s Fresh Market has benefited the community by bringing an up-to-date and modern look and feel as well as an increase in the produce department, fresh meat department, the fresh bakery and service deli.

Lin’s Fresh Market is the first store in Price to install a self-checkout option. According to Raich, many customers of the store have been anticipating the self-checkouts and are used to them from other places out of town. They have been received very well.

The Carbon County Fresh Market is not the only store to join with Lin’s. The Fresh Market that is located in Richfield also recently made improvements to the store and joined forces. Lin’s has a very strong history and a great offering developed over 50 years in Southern Utah and this was an opportunity to bring a very strong brand recognition and increased offering to Carbon County.

The prices at the store have not been raised. Raich believes that the market present is strong with Lin’s and the buying power of Associated Foods is still strongly behind the store.

“We are proud to be a part of a company that is Utah based and investing in this area,” Raich said. “We are looking toward giving the best offering we can to the people of the area.”

“Lin’s has a great value and a history of taking care of their customers with great service,” Raich continued.

Recently, more people have joined the company to accommodate the new opportunities that have been provided for the store.

One very exciting addition that will be coming to the store early next year is a Starbucks. Construction is currently underway for the Starbucks and will be located in the northeast corner of the store. Baristas have already been hired for the job and it will officially open for business beginning on January 25. Raich stated that it is something that this community as well as travelers and tourists who stop in Price will highly enjoy. 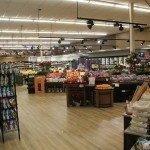 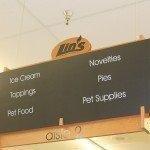 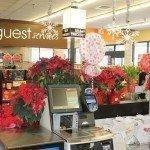 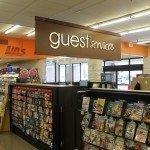 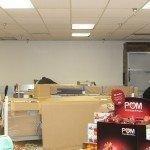 The construction of Starbucks is ongoing.