A resident of Green River was recently arrested after a robbery at Book Cliff Elementary School on Dec. 18. iPads, a Kindle and even a car were stolen off of the property overnight. Although some of the stolen property was recovered, a substantial amount was not or was damaged beyond repair.

Looking to assist the school in this incident, PD Ace Hardware and the Melon Vine grocery store sponsored and organized a spaghetti dinner and raffle fundraiser that was hosted at the elementary school on Friday. According to JR Jones, the school’s principal, the fundraiser went well.

Nearly 200 people were in attendance to support the elementary school and its students. Many drawings took place as well as a blind raffle. An abundance of items were up for grabs during the event including a ladder, doors, drills, YETI coolers, a Kindle, fishing poles and more.

Initially, the funds that were raised totaled approximately $3,445. Principal Jones stated that more money may come in through donation. All of the funds raised are being put toward the school and supplies needed.

“The outreach, support and concern that the community had was amazing,” said Jones. “For the people to come out and support us was huge.” 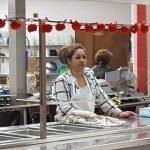 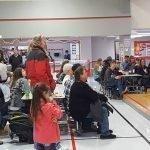