Alongside hosting its 17th anniversary celebration on Saturday, April 9, Sutherlands in Price also welcomed Second Chance Wildlife to the store to raise awareness and funds.

Second Chance Wildlife Rehabilitation, owned and operated by Debbie Souza-Pappas, is a 501(c)(3) nonprofit organization that is ran 100% from donations and caters to injured wildlife of all types. Rehabilitation staff members have cared for owls, hawks, eagles, minks and more since 1994.

“Our mission is to take care of sick, injured or orphaned animals and when healed, return them to their natural habitat and, through education, promote an awareness of and appreciation for Utah’s diverse wildlife for the sake of future generations,” the rehabilitation center shared.

Volunteers were present at Sutherlands with educational birds, showcasing to all in attendance what the work of rescuing animals entails. The animals present included two types of owls, a peregrine, a hawk and more. Hot dogs were also available for purchase during the event to raise additional funds.

Souza-Pappas stated that all of the proceeds that were raised during the day were donated to work that is done each day at the wildlife rehabilitation. Between the money raised from Sutherlands and the donation jar, a total of $600 was donated to the rehabilitation.

“It was very, very much a very worthwhile time and the people that drove all the way down, it was amazing,” said Souza-Pappas.

She also stated that those that traveled from Utah County for the bird presentation did a great job and presented well. 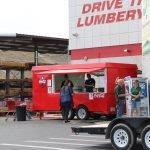 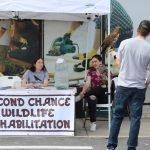 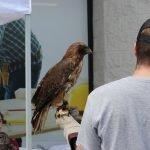 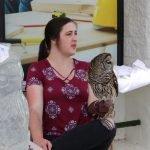 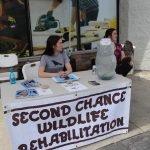 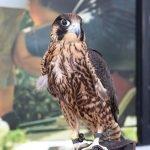 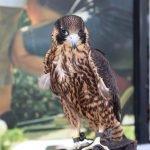 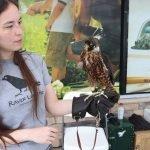 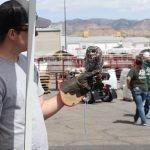 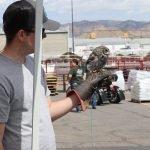 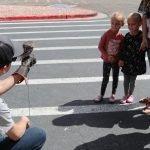 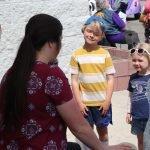 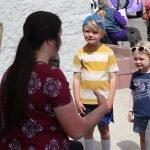