Epic RV played host to a fundraising event on Saturday to benefit Carbon County local Corporal Wyatt Jay Wilson who sustained life-threatening injuries from a suicide bomber at the Kabul Airport in Afghanistan.

While ensuring the safety of the Americans that were evacuating Afghanistan on Aug. 26, a bomb went off, taking the life of 13 service members and wounding many others. Wilson was among those who were injured as he sustained life-threatening injuries, including a collapsed lung, broken jaw and multiple shrapnel wounds.

While Wilson has a long road of recovery ahead of him, many local businesses decided to come together to help support the young marine and his family as he heals from the tragic incident.

Prior to the official fundraising event, several businesses in Carbon and Emery counties accepted donations for tickets to be entered into the drawing for a chance to win prizes that were donated by the community. The prizes ranged from a portable Camp Chef pellet grill, a DeWalt drill set and gift cards, but the largest prize was an Aspen Trail 17BH travel trailer provided by Epic RV.

Hot dogs and hamburgers were also served during the fundraising event to gather more donations for the deserving family. The event was declared a huge success for the Wilson family when Epic RV owner Jason Childs announced that their efforts raised an estimated $55,000 for the Wilson family.

To further support the Wilson family, a GoFundMe account has been established for continued donations. 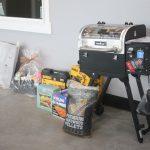 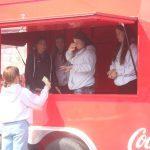 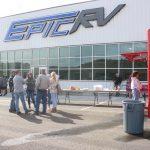 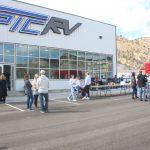 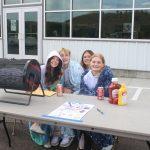