The owner of the Asian Bistro was invited to meet with Price City Mayor Mike Kourianos and the Youth Council to discuss a possible fundraising opportunity following a severe fire at the restaurant.

During a recent Price City Youth Council meeting, the members were looking to fill a need in the community and spoke about the Asian Bistro fire. The council stated that it was a big loss for the community as the restaurant has been a huge hit. With this in mind, the council developed the idea of a movie night.

The idea is that those that wish to enjoy the movie night will be able to attend and donate what they feel is appropriate. The movie night is set to take place at the Price Civic Auditorium on Jan. 29 beginning at 7 p.m.

The owner of the Asian Bistro thanked all for the concern and asked what they could do in return to help. The mayor assured them it is their wish to host the fundraiser and notify the community as to what their purpose is.

The upcoming movie night will be the Youth Council’s first large, focused fundraiser. The community was invited to vote on which movie they would like to see and, at the time of the meeting, the vote was leaning heavily toward a Spiderman film.

For those who do not attend the movie night and would still like to donate, there is a Venmo account created by the Price City Youth Council to accept donations.

Price City Fire Chief Fitzgerald Petersen also spoke at the meeting, stating that due to the overwhelming success of the business prior to the fire, a large number of people contacted the city and fire department to see how they are able to help. He stated that this may be one of the larger community outreaches in the wake of a tragedy. 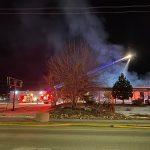 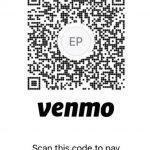 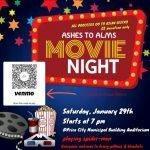