USU Eastern hosted a classical evening of chatter and art on Friday as Jason Huntzinger was welcomed to showcase his art to those who came to admire. There was quiet music and refreshments among the pictures, which were available for admiration and purchase.

Huntzinger has been working on variations of light and dark with his photography for 20 years. Many of those years were spent in Minnesota, where he received his bachelors degree in fine arts. He had a high photography emphasis with his degree. Huntzinger mentioned that the series of photographs presented at the gallery were created throughout the summer of 2018. It included pictures from the Helper River Walk.

A resident of Helper for the past four years, Huntzinger is an adjunct professor in USU Eastern’s art department and director of the Western Mining and Railroad Museum in Helper.

He has shown his work in Minneapolis, Seattle and several other locations with his work part of private collections throughout the world.

This exhibit of photos will be displayed from Jan. 8 through Feb. 2. The doors of the East Gallery are open to the public during the academic year from 9 a.m. to 5 p.m. on weekdays, closed on weekends and holidays. 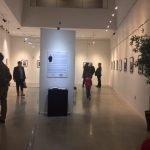 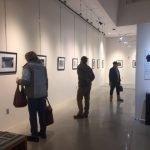 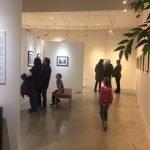 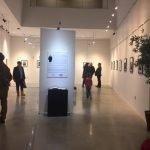 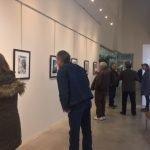 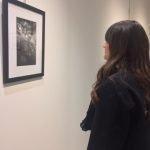