East Main Street Residents and occupants of the Castle Dale Village Inn were evacuated Monday night after a natural gas leak was reported.

Local authorities evacuated four residents from their homes and three guests of the Village Inn were relocated to the Huntington location just after 8 p.m. The block of 100 E. to 200 E. on Castle Dale Main street remains closed with one lane traffic while crews work to repair the break.

Emery County Sheriff, Greg Funk, reported Questar gas was currently on scene, and Maverick, Big Mama’s Pizza and surrounding residents will remain evacuated until the area has been cleared.

Darren Shepherd, Questar spokesperson, said evacuations are a precaution when a leak reaches a certain gas to air ratio.

“Natural gas is only flammable when there is a 5-15% gas level to a 85-95% air level, and even if the level of air is at 70% it may not be flammable but we evacuate nearby locations to be safe.”

On a scale of one to ten, with ten being a very dangerous scenario, Shepherd described this leak as a six because of residents and businesses nearby. Crews isolated the leak to a faulty valve which Shepherd reported has now been replaced with a two inch piece of straight pipe. Shepherd considers the incident isolated and said crews are in the final stages of removing any residual gas from the area soil.

Many residents are complaining of a strong “natural gas” smell, but natural gas is colorless and odorless, the odorant is put into the gas so it can be easily detected.

“The odorant in the gas is not toxic, and will not harm anyone,” said Shepherd.

Shepherd said incidents such as these are a great opportunity to remind everyone before they dig to call Blue Stakes of Utah to have the area cleared beforehand. Dial 811. 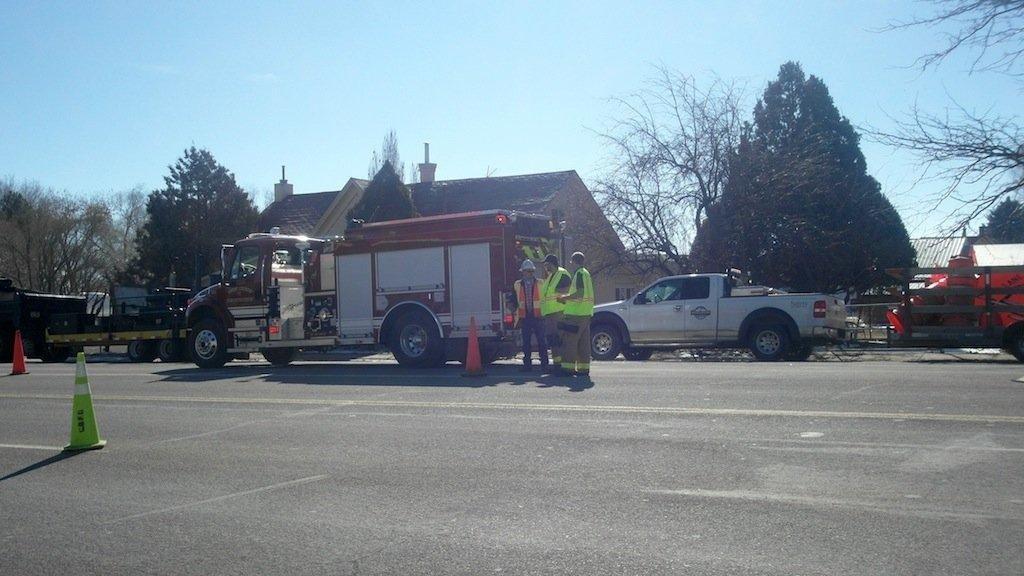