Tom King talks about golf and its impact on the economy.

It may only be a game to some people, but golf has a not-so-hidden benefit to any area where a course is located.

That was the message when Tom King, the golf pro at the Carbon Country Club and Kris Abegglen of the Millsite Golf Course made a presentation to the BEAR general membership on Oct. 29.

“The benefits to the surrounding area include direct golf sales, food and beverage sales and some retail as well,” King told the group. “About 40,000 rounds of golf are played on the Carbon course each year.”

King said that while local players make up the bulk of the players there are a lot of what are called “travelers” who play golf all over the country and even internationally that visit each year.

“We know how many locals we have play and we also know how many from out of the area come here, because we keep track of their zip codes,” he said.

The out-of-town players spend an average of $100 in the area per day that they are here to play golf. That includes food and lodging in the area.

“The tournaments are what bring a lot of players from the outside to our area,” he said.

Rather going into all the tournaments that are held each year, King concentrated his presentation on the one that he thinks has the most impact, the Black Diamond Tournament.

“That is a three-day tournament and 51% of the amateurs are from out of town and 100% of the pros that play in it are,” he told the group. “There are a lot of multiple night stays, fuel purchases and lodging nights associated with that tournament.”

The golf course uses room blocks for those who want to stay and they also use a national tracking system that is 99% accurate for measuring golf’s impact.

A golf course can be a mecca that draws people to it. A lot of golfers like to travel around Utah and play golf at different courses. King said that the keys to drawing people to the area to play golf is not only that the course is unique in its setting but it is also about what is done by the operators.

“A course speaks for itself,” he said. “We have to concentrate on customer service, making people feel welcome and making sure the course is in good shape for play.”

Course conditions are important because word travels fast in golf circles about how good the course is to play on. King says that a course needs to have green grass, a low rough and smooth and consistent greens to keep golfers happy and coming back.

He also said with the tournaments it is important to grow the purses offered. A larger purse will not only draw more players but it will promote more practice rounds as well.

King said that the course is also important to business in a different way.

“When businesses are looking to relocate to an area one of the things they look at is if there is a good golf course located nearby,” he said. “This is not only because many businesses do a lot of business on a course, but also for their employees and their families to have opportunities for recreation.”

There was also some discussion about the fact that so many golf courses are closing in the state and around the nation. One of the things that happened up until the great recession was that courses were overbuilt and many were connected to real estate developments that either went bust or that were built to attract people to buy. Once the development was finished, in some cases the developers lost interest in maintaining the courses.

Abegglen, who was the golf pro at the Carbon course when the nine holes were added to it in the 1990s, said that the overbuilding and saturation is a problem in some areas, and across the nation last year 219 course closed while only 14 new ones were built.

He then went on to talk about the Millsite Course which has a lot of narrow fairways and which he says is a “target course.”

“We attract a lot of people who want to play because of the unique scenery there,” he said of the course that is set against the pale yellow and tan cliffs of the area near the Millsite State Reservoir. “We are working on more ways to make it more for tournament play.”

He said one of the major hurdles for the Millsite Course is that the support services in the area are not as numerous as they are in the Price area.  There are less places to eat and less places to stay nearby. Abegglen said that players who golf there have three main questions when they come to the course.

“They ask ‘Where do we eat? Where do we stay? What can my wife do while we are here,'” he said.

While golf is very popular across the country, a glut of venues across the nation has added to many courses problems, including Millsite.

“The fact is that we are in competition with many other communities right now,” he said. “You really have to listen to your customers and act on what they are saying.”

He said that the county and management are working on a plan to make the course better as well as a plan to get it to break even in five to seven years, since it has lost money almost every year since 2008.

“We have to bridge the gap by accounting for capital costs and putting reinvestment money away,” he said.

The two also discussed the possibility of some kind of traveling tournament between not only the Carbon and Millsite Course but also by including the Green River Golf Course in the mix as well. That could generate a unique experience for golfers that might be appealing. 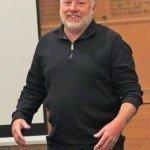 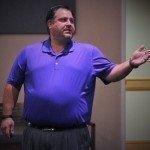