Friday morning, Governor Gary R. Herbert visited Emery High School to encourage the students to continue their education and sat down for a question and answer session with social science and theater teacher Neal Peacock. The civics and government classes that are taught at Emery High generated most of the questions to ask Governor Herbert.

Peacock’s first question for the Governor was regarding the recent flooding in Carbon and Emery counties and the state’s role is in helping to deal with the flooding.

“The state has a role to play in assisting and helping local governments,” Governor Herbert said. He also stated that they are working with FEMA (Federal Emergency Management Agency) to have the entity come and conduct an analysis on the area. “The state is kind of a facilitator, we have kind of an opportunity to help the local governments to clean up the mess and bring in the federal government to help pay for some of the restoration efforts.”

Other questions discussed were same-sex marriage, the new math curriculum, the possibility of the Olympics returning to Utah in the future and the purpose of the six-month driving permit.

When asked where he stood on coal Governor Herbert stated, “Let me just say from the outset that I’m supportive of coal. I believe in an alternate strategy when it comes to energy involvement and coal has been a big part of Utah history. It’s a big part of our country.”

Governor Herbert told Peacock and the students that he has been through Sufco Mine. He stated that it is impressive the advancements that have been made in the extraction of coal. He has also visited Huntington Power Plant and Hunter Power Plant and has witnessed the cleanliness in how they generate power. “So, we are finding new technology, in fact, to utilize coal,” Herbert explained. “We need to continue to find those advancements in the market place so we can answer questions about sustainability, affordability and cleaner energy. I think we are making advancements and I expect coal to remain and to be a big part of our portfolio in Utah.” 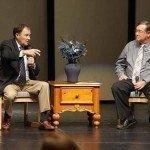 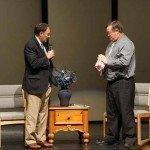 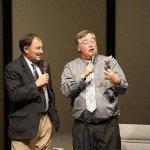 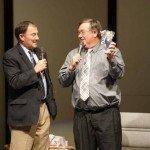 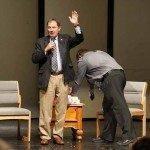 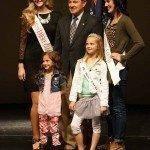