On Saturday morning, a grand opening ceremony was hosted for the Price pickleball courts, which have been in the works for some time now.

Scott McKee and others in Price Pickleball have been working in conjunction with Price City and Price City Parks to make the dream of the courts a reality. The group was recently gifted an impactful donation of $5,000 from Cache Valley Bank.

Tim Frame of Cache Valley Bank was invited to the ceremony on Saturday as a way of thanks. He was joined by Price City Council members and Mayor Mike Kourianos, who opened the ceremony by speaking on the effort that has gone into the courts.

McKee then stated that he had been brainstorming possible names for the court and there was one that kept coming back to him. Just before Christmas, McKee’s neighbors lost their infant child in what McKee credited as a very sad situation. With this in mind, he proposed the name of the Taft Ellsworth Memorial Pickleball Courts to the mayor, which was approved.

Along with Cache Valley Bank, Price City and the Carbon School District are sponsors of the courts. Appreciation was given to McKee as the project director and court designer. Gratitude was also extended to Southeast Paint, Price City Councilman Layne Miller, Peczuh Printing and more.

Price Pickleball has a Facebook page that is full of updated information on all things pickleball, which can be accessed here. 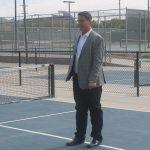 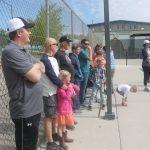 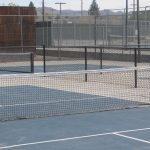 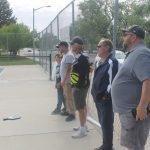 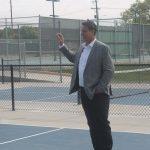 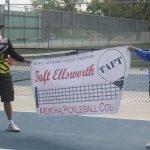 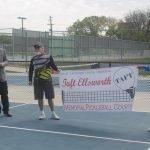 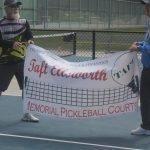 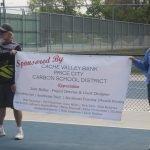 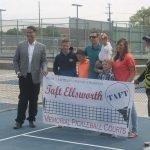