The City of Green River and John Wesley Powell River History Museum will open a new river trail with official ribbon cutting ceremony on March 23rd. The museum will also host a celebration for John Wesley Powell’s Birthday with cake, games, programs, and a free day.

In July of 1869, John Wesley Powell and his crew of boatmen emerged from Gray Canyon after two months on the Green River. As they passed through the valley where a museum would one day be built to tell his story, Major Powell commented on the broad peaceful nature of the river and the cottonwood groves that stood on either side. One hundred and fifty years later, the City of Green River is working to provide more access to the peaceful nature of the river and to reclaim some of those cottonwood groves.

Marking the sesquicentennial of Powell’s historic expedition, the City of Green River and the John Wesley Powell River History Museum will host a River Trail Grand Opening during their annual celebration of John Wesley Powell’s birthday on March 23 (Powell’s birthday is the 24, which falls on a Sunday this year). Each year, the museum hosts a birthday party with a free day, games, cake and education programs that last all day.

This year, Powell’s birthday party coincides with the grand opening of a new paved trail that meanders north along the river. The trail, which was funded in part with a grant from the Utah Office of Outdoor Recreation, is connected to the museum’s grounds and offers opportunities for bird watching, to engage with the river system and serves as an example of the potential trail system the City Green River hopes to complete in the future. The mayor of Green River, along with state, county and city representatives, will host a ribbon cutting at noon.

Throughout the year, the museum will host several events and exhibits to mark the 150 anniversary of Powell’s first expedition down the Green and Colorado Rivers. An exhibition titled “SCREE Artist: Contemporary Views of the Arid West: People, Places and Spaces” will open in May, and the museum is planning a number of film nights and exhibitions which will also mark the anniversary. March 23 will also be the last day to see “Glen Canyon: A River Guide Remembers,” an exhibition championed by Ken Sleight that explores the history of Glen Canyon before the dam.

Anyone is welcome and encouraged to attend both the party and the river trail opening, which will be free and open to the public. For more information, contact the visitor center at the John Wesley Powell River History Museum in Green River. 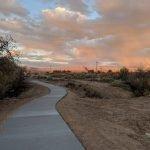 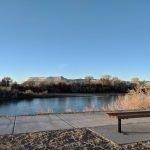