Nolan Johnson, principal of Green River High School, has retired from his position at the school.

Johnson has been part of Green River High School for more than 30 years. He began as a science teacher and coached volleyball, girls basketball and boys basketball. Johnson was, for a while, both the principal at Green River High and Bookcliff Elememtary at the same time. He then became the high school principal for the past few years.

Johnson and his wife Sharon both come from families of 10 children each, so they planned on having just as many. Their goal was reached eight boys and two girls later.

Johnson dedicated himself to the school unselfishly.

There was a dinner held in his honor, at which many of his colleagues attended. Johnson is retiring after 32 years with the Emery County School District. 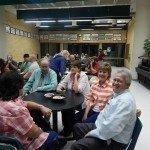 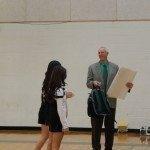 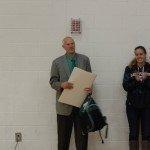 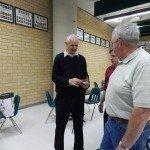 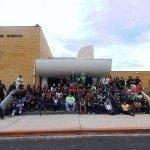