The 2019 valedictorian and salutatorian for Green River High School (GRHS) have been formally chosen. This year, the valedictorian is Prisma Liney Mendez Herrera.

She is the daughter of Rodolfo Mendez and Eva Herrera and has three siblings; Aixa, Selene and Rodolfo. Herrera is graduating from GRHS at 17 years old with a 3.995 grade point average (GPA). She was first vice on the student council and served on the Student Advisory Committee as the president. She was also the basketball team’s varsity captain.

Herrera participated in volleyball and cheer and names the former as one of her interests. Herrera’s future plans are to become a certified RNA. She’s credited as a student and peer that is going to be greatly missed and always has a smile for everyone while willing to help with anything.

Justin Chad Richard Pinneo was named the salutatorian. He is the son of Chad and Gwen Pinneo with siblings Josh and Jori. At 17 years old, Pinneo has a 3.815 GPA.

Pinneo’s favorite activities are hunting and farming, with the latter also being listed alongside mechanics as his interests. For his future plans, Pinneo would like to run his own performance diesel shop. Pinneo has been credited as a great part of the GRHS community and plays in the band Just-Hogg-N-Daws. 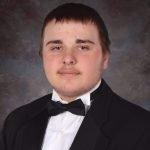 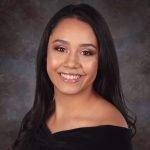