On Saturday, Sept. 11, Green River hosted its eighth annual Melon Cruise Car Show. Cars parked on the grass in the O.K. Anderson City Park where they could be admired at every angle.

At 11 a.m., participants and spectators gathered around a flag as Green River local Tawni Jensen sang the National Anthem in remembrance of 9/11.

Four trophies were awarded at the show, including Mayor’s Choice, Viewer’s Choice, Best of Show and a plaque that was sponsored by Chow Hound, which was given to the favorite car of owner Janeice Pfander. Green River’s local businesses donated items for raffle and goodie bags to car show participants.

The Vallejo family entered four vehicles with makes and models from the Disney movie “Cars.” They entered a 1950 Mercury Coupe, a 1952 Hudson Hornet, a 1924 Ford Model T and a 1957 Chevy 6400. Two of their cars left the show with trophies. Chow Hound’s sponsored award went to the Mercury Coupe and the Best of Show went to the Hudson Hornet. 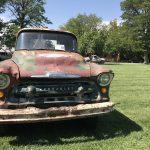 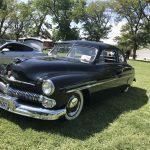 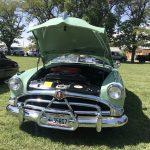 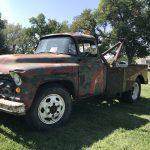