The Green River Pirates recently hosted a special basketball game that focused on honoring the military. This idea was initiated by Tom Hughes, who had help from the PTO and members of the community. Wayne High also joined in the program.

City council member Travis Bacon acted as emcee as he announced and sang the National Anthem. The team members all then signed the red, white and blue basketballs. All military personnel who attended the game were entered into a drawing to win the special balls.

To go along with the program, Bookcliff Elementary School did a number of arts and crafts projects to also honor the military. The Melon Days Princesses performed during the varsity halftime as well. Green River High would like to thank all who helped organize the event. 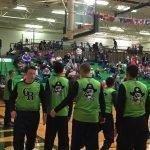 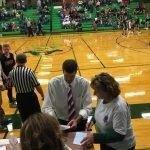 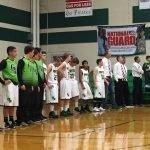 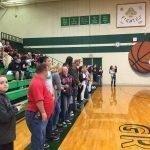 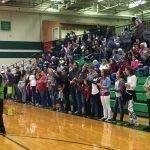 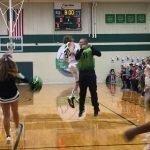 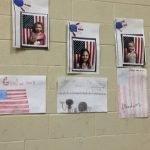