The Pirate’s Den after school program in Green River is making a difference. It was created by a coalition of like-minded people who wanted children in Green River to have a fun and safe place to go when they are not in school. The small town does not have much for young people to do and juvenile delinquency is a big concern according to Communities That Care Coordinator Kathy Brady.

During the week, teachers will volunteer their time to tutor struggling students in subjects such as science, English, and math according to Cheer Coalition Director Doreen Lehnhoff. Equipment including a ping pong table was donated by the local recreation department and old computers were donated by the school district.

The building that houses the youth center has always been vacant, according to Lehnhoff. It took hundreds of volunteer hours to get things up and running. The city allows the Pirate’s Den to operate in one of their old buildings as long as they keep it in good shape. The plumbing, bathrooms and kitchen all had to be remodeled, all of which was accomplished over the summer thanks to willing volunteers and donors.

The Pirate’s Den took part in the national “Lights On” event to help raise awareness of their existence. The entire community was invited for an evening of roasting marshmallows, drinking hot cocoa and cracking open a piñata.

Local firefighters and EMTs pitched in to make the event a success. A fire truck was parked nearby and firefighters interacted with children who attended “Lights On”. Brady hopes to expand the program with activities such as Monday night football in the future.

“We didn’t want these kids to have nothing, like I did,” commented Lehnhoff. “They need something and that’s why we do it.” She hopes to give kids a chance to grow up without drugs and crime with the existence of the center.

Pirate’s Den is located at 545 West Main Street in Green River. The facility is available for events such as party rentals and all proceeds go to the snack fund for children who visit the center. To contact Pirate’s Den, email grcheer@gmail.com. 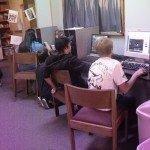 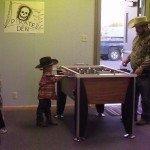 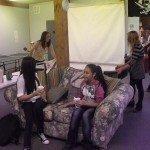 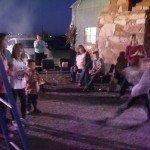 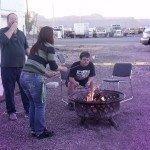 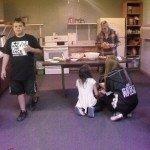