La Veracruzana, a popular restaurant in Green River, received the honor of being named the Emery County Business Chamber’s Business of the Month on Wednesday.

While those in attendance enjoyed their lunch, Aaron Farmer from Green River State Park took time to speak on the park’s recent designation as an “International Dark Sky Park.” This designation follows a two-year application process and makes Green River State Park the second unit in the Utah State Parks system to gain this status, along with Dead Horse Point. The designation comes from the International Dark Sky Association: a Tucson-based non profit organization dedicated to the protection of night skies for present and future generations.

“In order to attain designation as a dark sky park, Goblin Valley needed more than just a pristine night sky,” a press release from the park stated. “The state park also needed to commit to protecting its own natural darkness by removing extraneous light fixtures and shielding others so that light is projected only downward to where it is needed for safety. Finally, park staff needed to develop educational programs dedicated to the night sky. Toward this end, full moon hikes and telescope viewing events are held throughout the year.”

Bryan Brooks with Epicenter was the next to speak at the event as he touched on new trails making their way into Green River. Emery County Commissioner Ethan Migliori followed Brooks with a presentation about Foundry Utah, a program where students learn and coach each other as they start and grow real businesses. 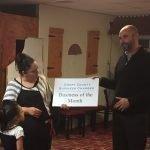 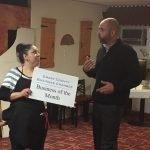 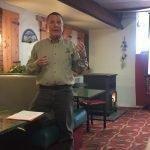 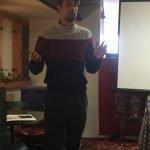