The Utah High School Athletic Association recently announced its Distinguished Service Awards for 2020. Green River High School’s Thomas A. Hughes was selected as the 1A Coach of the Year.

Hughes is a year-round coach at GRHS. He starts each year in July, coaching baseball with sports camps and open gym for the high school kids, then moves right into the next sport. Hughes said has never judged his coaching career by wins or loses, but by how he was able to help players become better students and help them become outstanding men and women.

Coach Hughes has served his community by being a National Guard Soldier, driver for EMS, member of Emery County’s Search and Rescue team, and part of Green River City’s volunteer fire department. He married Shlisa in 1992 and they are the parents of four children. He had the opportunity to coach all of his children during their high school years. Hughes also serves the community and state at the Green River State Park where he is employed.

Green River High School and the Emery School District were both very happy to announce this award and congratulate Coach Hughes. 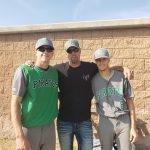 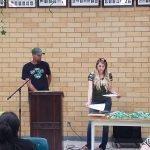 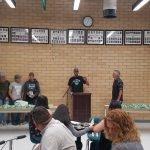