The 3A State Tournament consists of all the top teams from Regions 13-15, which comprises all teams in the 3A classification. Region winners are awarded one seeds and will match up against teams that finished at the bottom of other regions. Runners-up will get second seeds and play the second from the bottom teams and so on. Tiebreakers were decided by head-to-head matchups and then a coin flip.

You can watch all games LIVE on ETV Channel 10 and online.

Ensuing Rounds – Feb. 21-23 in Richfield at the Sevier Valley Center

This tournament is truly wide open. Any team could get hot and make a run for the state title. From the talent-packed Region 15 to top seeds in Regions 13 and 14, the following teams have the tools necessary to avoid upsets and/or play spoiler to put the tournament on its head. Here are a few things you should know going into the tournament.

RICHFIELD (14-7, 9-3 Region 15) – The Wildcats beat South Sevier by 17 in the last game of region to become Region 15 Champs. South Sevier is currently ranked number 1 overall in the 3A classification. Richfield has shown its toughness by emerging as the top team in a crowded Region 15. The Wildcats are even more tough at home, which could give them a huge advantage as all games after the opening round will take place down the road from their high school.

Richfield can score in a hurry and beat teams in a number of ways. With seven loses on the year, they are far from perfect and could be knocked off as early as the second round by Delta. The Rabbits beat Richfield earlier in the year.

PROVIDENCE HALL (18-3, 12-0 Region 14) – The Patriots are led by seniors Sherwood and Dodge. The former is a beast, averaging a double-double per game with 21 points and 12 rebounds. His counterpart, Dodge, is putting up 11 points a game. Providence Hall is averaging 62 points, 29 rebounds, 11 assists and 11 steals to go along with 14 turnovers per game. While the points are impressive, the Patriots will need to take better care of the ball if they wish to make a long run in the tournament. There are simply too many talented teams that will capitalize with additional opportunities.

The Patriots have lost to Grand at home as well as Judge Memorial and South Summit on the road. If Providence Hall can minimize its turnovers, it will be a scary team in the tournament. The Patriots are averaging 46% shooting from the field. They only shot 64% from the free throw line, however, which might open the door to opponents down the home stretch of games.

MORGAN (16-5, 8-0 Region 13) – The Trojans beat up their Region 13 opponents, averaging double-digit victories in region games. Morgan has a lot of players that can score the basketball. Led by Miles (Sr) with 16 points a game. There are five other Trojans that average over five points per game. This means that subs can come in off the bench and provide quality minutes with little drop off. This could prove to be extremely valuable for the stretch of three games in three days from the second round to the championship game.

The Trojans average 66 points, 31 rebounds, 17 assists and 10 steals per game. They also can have problems with turnovers, typically giving up 12 per contest. Morgan lost to Richfield and Delta in the early part of the season at home.

Although Richfield, Morgan and Providence Hall have the No. 1 seeds, according to Max Preps, the top five teams in 3A are as follows: South Sevier, Manti, Richfield, San Juan and Grand. For those that have not followed the exciting Region 15 title race the past few weeks, here is a quick peek at how deep Region 15 is this year.

SOUTH SEVIER (16-5, 8-4 Region 15) – The Rams are one of the most experienced teams in the tournament with five seniors and four juniors. They have four players averaging double-digits a game. King (Sr), Williams (Jr), Chisholm (Sr) and Wood (Sr) put in 16, 15, 12 and 10 points, respectively. It drops off significantly after their top four as South Sevier only averages 57 points a game. The stat line of 30 rebounds, 10 assists and six steals per game is not going to scare anyone, but the Rams average less than nine turnovers per game, so they do a good job of limiting their opponents’ chances.

South Sevier was a perfect 8-0 at home this year but lost to Manti, Emery, San Juan and Richfield away from Monroe.

MANTI (18-5, 8-4 Region 15) – The red-hot Templars have been on a tear as of late, winning eight of their last nine games. They seemingly have peaked at the right time. Like S. Seveir, they also have four players that average double-digit scoring per game. Huff (Sr) averages 16, G. Thompson (So) is good for 12, M. Thompson (Sr) averages 12 and Thomson (Jr) puts up 11 points a game. The Templars record 72 points, 28 rebounds, 17 assists, 10 steals and 14 turnovers per game.

Manti has beat S. Summit, Grand and Logan (4A) while splitting games against Richfield, S. Sevier, San Juan and Emery.

SAN JUAN (13-9, 5-7 Region 15) – The Broncos have the ability to shoot the lights out on any given night, which makes them a threat. They beat Emery earlier in the year, 105-100, in Blanding and have several shooters that will pull up five feet beyond the arc and connect at any moment.

San Juan might be trending the wrong way, however, losing five of its last seven games. The Broncos were swept by Richfield and Grand but split games with Manti, S. Sevier and Emery.

GRAND (18-5, 8-4 Region 15) – The Red Devils are playing really good basketball going into the tournament. They have won five of their last seven games. The majority of those games have been in Moab, so it will be interesting to see if they can string a couple of wins together away from their home court. They are a very experienced team with six seniors and three juniors.

Senior Hoppensteadt leads the team with 13 points and 11 rebounds per game, averaging a double-double. Fellow seniors Park and Guerrero follow with 11 and 10 points per game, respectively. Grand swept San Juan and split games with Richfield, S. Sevier, Manti and Emery.

EMERY (14-7, 6-6 Region 15) – The Spartans are top of mind when it comes to sleepers coming in with the fourth seed and beating S. Sevier, San Juan, Manti and Grand this season. Emery fell to Richfield in close games, San Juan needed 105 points to pass Emery in Blanding and Manti needed to connect on a half-court shot to force overtime to beat the Spartans in Manti. Emery has shown they can play with anyone but they have also shown vulnerabilities this season. As a side note, it has been surprising that Emery has not suffered down low without a true big man. R. Jensen and Wilstead have played bigger than their stature.

Stilson (Sr) leads the team with 25 points per game, good for second in 3A. He is followed by B. Jensen (Jr) with 14 and Tuttle (Sr) with 10. Brazier (Sr) is averaging 11 points since his return from injury. The Spartans stat line is near the top of all teams in the tournament with 76 points, 33 rebounds, 15 assists and 11 steals per game. They will turn the ball over, however, averaging 13 per game. The Spartans are shooting 45% from the field on the year. We will see if they can string together a couple of their top performances in the tournament and play spoiler.

Delta also has the 3A leading scorer, Derek Smith (Jr), with over 26 points per game. Smith can seemingly score at will and take over a game which makes them dangerous. Seniors Springer and Brough average 10 and nine points per game for the Rabbits. Delta is averaging 65 points, 27 rebounds, 12 assists and nine steals per game. They give up the ball at a clip of nine times per game.

CARBON (8-14, 5-7 Region 14) – Carbon has had a disappointing season overall. The Dinos have had problems putting together four straight quarters of solid basketball. They have shown that they can compete with teams if they can play their best basketball for all four quarters. What diminishes Carbon’s chances is that they are shooting 38% from the field to go along with 14 turnovers per game. When the Dinos take care of the ball, they usually win, but they have to find ways to take better shots to have a higher field goal percentage in order to keep up with some of these high-powered offenses.

Test your prediction skills for a chance to win Utah Jazz tickets! February Frenzy is a bracket tournament-style competition. Place your prediction on which teams you think will advance through each stage of the 3A State Basketball tournament. Utah Jazz tickets will be awarded to the contestant who as the most clearly mirrored bracket to the actual results of the tournament.
*In the result of a tie, whichever contestant’s prediction on the final score of the championship game is most correct will be awarded the prize tickets.
*There will be one winner for the boys’ bracket and one for the girls’ bracket. Enter both for more chances to win!
*Brackets are available for download below. You can also pick up brackets at Emery Telcom in Price or Orangeville.
*To submit brackets, you can either bring a physical copy to either of our offices or message us a picture of your completed bracket via social media.
*ALL BRACKETS MUST BE SUBMITTED BY 11:59 PM ON THURSDAY, FEB. 14. 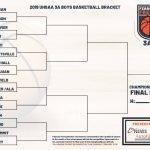 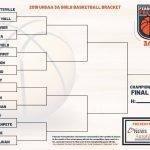