Consistency and hard work have been key elements in Habitat for Humanity of Castle Country’s (HFHCC) program A Brush With Kindness (ABWK). Thus far in their history, the program has completed 28 projects in Castle Dale alone, having completed the 28th very recently.

Castle Dale resident LaRue Andersen had been hoping, for some time, to have the trim around her windows painted. ABWK was prompted to pay her a visit. Upon the visit, they discovered that Andersen also dreamed of having the drafty window in her living room replaced. The window was a rather large one, measuring at a length of nearly eight feet. The large size of the window meant that it had led to extensive heat loss in the winter and gain in the summer; not to mention the hefty price tag that came along with the desire to replace it.

ABWK Construction Manager Steve Kerr, AmeriCorps Vista representative Katie Anderson and intern Maggie Cochrane were in charge of this project. The trio approached HFHCC Board President and Nagel Realty realtor Irene Everett with an idea for the window. This year, the Utah Realtors’ Association donated $500 along with volunteers’ time to be put toward one ABWK project that would be selected by the program staff.

After a lengthy discussion, it was decided that the donation would be given to Andersen and her living room window. According to an ABWK representative, Andersen was overjoyed at this news. This project was completed during the first three days of August. The window was replaced and painting was completed with assistance from volunteers Irene Everett and Balynda Scoville.

Without the sponsorship of these organizations as well as donations from locals and vendors, Habitat for Humanity would be unable to help deserving people in need of home repairs. 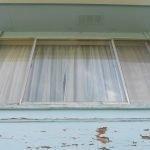 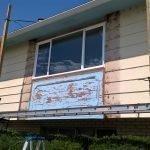