Contact with hazardous materials had crews responding to the junction of Highway 6 and Spring Glen on Sunday morning.

According to the Carbon County Sheriff’s Office, Carbon County deputy Hreinson reported that he had stopped and discarded debris that had been on the highway at 9:50 a.m. After this, he experienced concerning symptoms and required medical attention.

“He described his symptoms as respiratory distress, burning sensation and tingling in the extremities,” the sheriff’s office shared. “Responding crews did initial assessments, upon which it was determined additional resources would be needed.”

Carbon County Emergency Manger Justin Needles called the Utah 85th Civil Support Team (CSI), whom were deployed out of state. With mutual aid deemed necessary, the Idaho CST was contacted and began working in conjunction with the Carbon County HazMat Team as well as the Utah Fire Marshal’s Office.

“The contaminated object has been identified to be a core casing containing residual chlorobenzalmalononitrile (CS gas),” the sheriff’s office reported. “The casing likely fell off a traveling vehicle on U.S. 6. The carrier has not been determined.”

All responders were cleared from the scene and the contaminated object was transported by the Utah Fire Marshal’s Office. 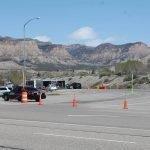 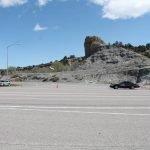 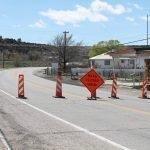 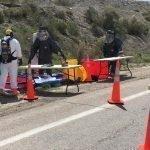 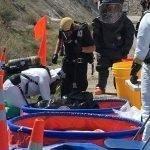 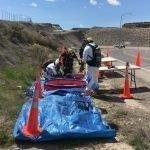