Helper City celebrated the start of the Christmas season with its annual Lights On Ceremony on Friday evening.

Helper City has been declared Utah’s Christmas Town for 26 years in a row. At the ceremony, citizens were informed that Park City is trying to take the title away, but the members of Helper in attendance banded together in cheering their support that it won’t happen.

The ceremony began by everyone gathering at the Rio Theater where George Deeter said a short prayer. Students from Sally Mauro then led everyone up Helper’s Main Street while singing Christmas songs and holding battery-operated candles to light the way. The ceremony continued at the stage halfway up the street. There, Helper City Mayor Ed Chavez said a few words on the tradition of Helper’s Christmas town. The Sally Mauro singers then sang one more Christmas song on stage.

Afterward, the countdown officially began and the lights were turned on to their full glory up and down Helper’s main street. Santa Claus also made an appearance, riding down main street and waving at all of the onlookers.

The next event to take place during Helper’s Christmas season is the Luminary Memorial Ceremony, which will be held on Wednesday starting at 6:30 p.m. at Helper City Cemetery. 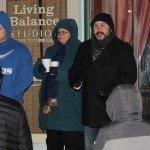 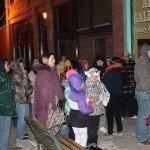 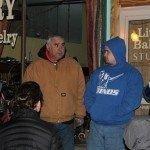 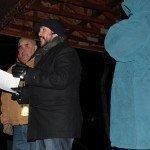 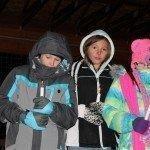 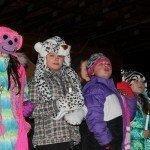 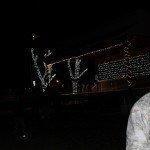 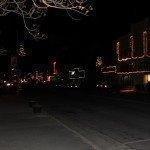