A number of recognitions were in order during the Helper City Council meeting that took place on Nov. 3. The first recognition went to Tyson Haycock in regard to a flooding situation.

The flooding was in the basement of a residence located on River Street. Upon responding, Helper Fire found Haycock in contact with the resident, helping her evacuate. After helping the resident, Haycock assisted in sheltering her at the fire department until family was able to help her.

It was stated that Haycock went above and beyond to help the residents of Helper City and the fire department wanted to recognize him for his outstanding work. It was said that Haycock is truly an asset to the team and community, emphasizing that it is not abnormal for Haycock as he always goes above and beyond.

Fire Chief Matt Montoya wanted to remind the community that this is what the local volunteers are out there doing. “This is just him getting recognized for one of many things that we do,” said Chief Montoya, who encouraged all to thank volunteers when they see them.

Next, a recognition was in order for Rozlyn Stowe, a Carbon High School freshman, for her accomplishment in earning the individual 3A Cross County State Champion title. Helper City Mayor Lenise Peterman stated that Stowe had an incredible freshman season running through the Dinos and continues to break records throughout the state. Her time was the eighth fastest through all classifications in the state.

Mayor Peterman explained that Stowe is also the youth representative on the Main Street Board and led a project to stain the Swinging Bridge. The city wished to recognize Stowe for her sportsmanship and contribution to the community. It was stated that Stowe is a positive force for the youth. 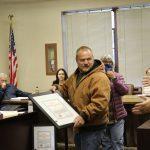 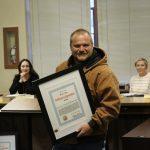 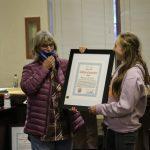 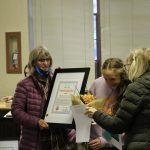 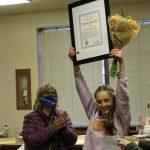 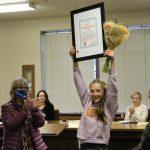 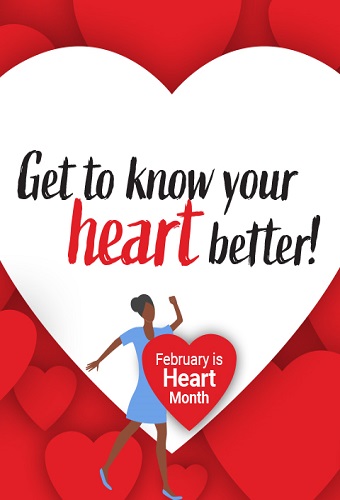