A recent visit to the Helper City Cemetery caused the former owner of Worley-Jensen Monuments to contact Helper City Mayor Lenise Peterman and request a clean-up of many of the flat headstones.

There were a number of headstones that had significant overgrowth to the point that the headstone could not be viewed anymore. Mayor Peterman took the call in stride and reached out to many to organize the cleanup. The mayor herself, along with many members of the community and the Helper City Police Department, rolled up their sleeves and headed to the cemetery on Saturday morning to clean.

Mayor Peterman remarked that she would like to organize cleanups more often to ensure that the cemetery does not fall into disrepair again. 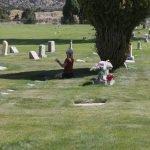 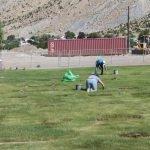 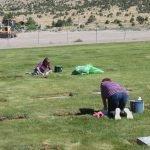 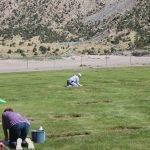 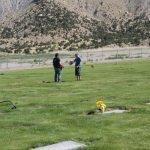 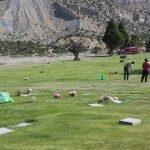 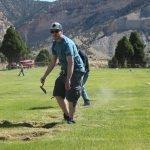 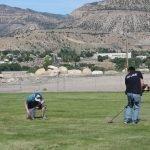 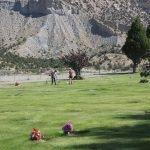 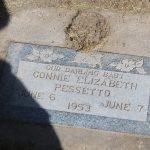 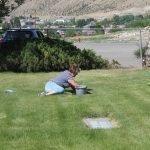 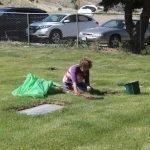